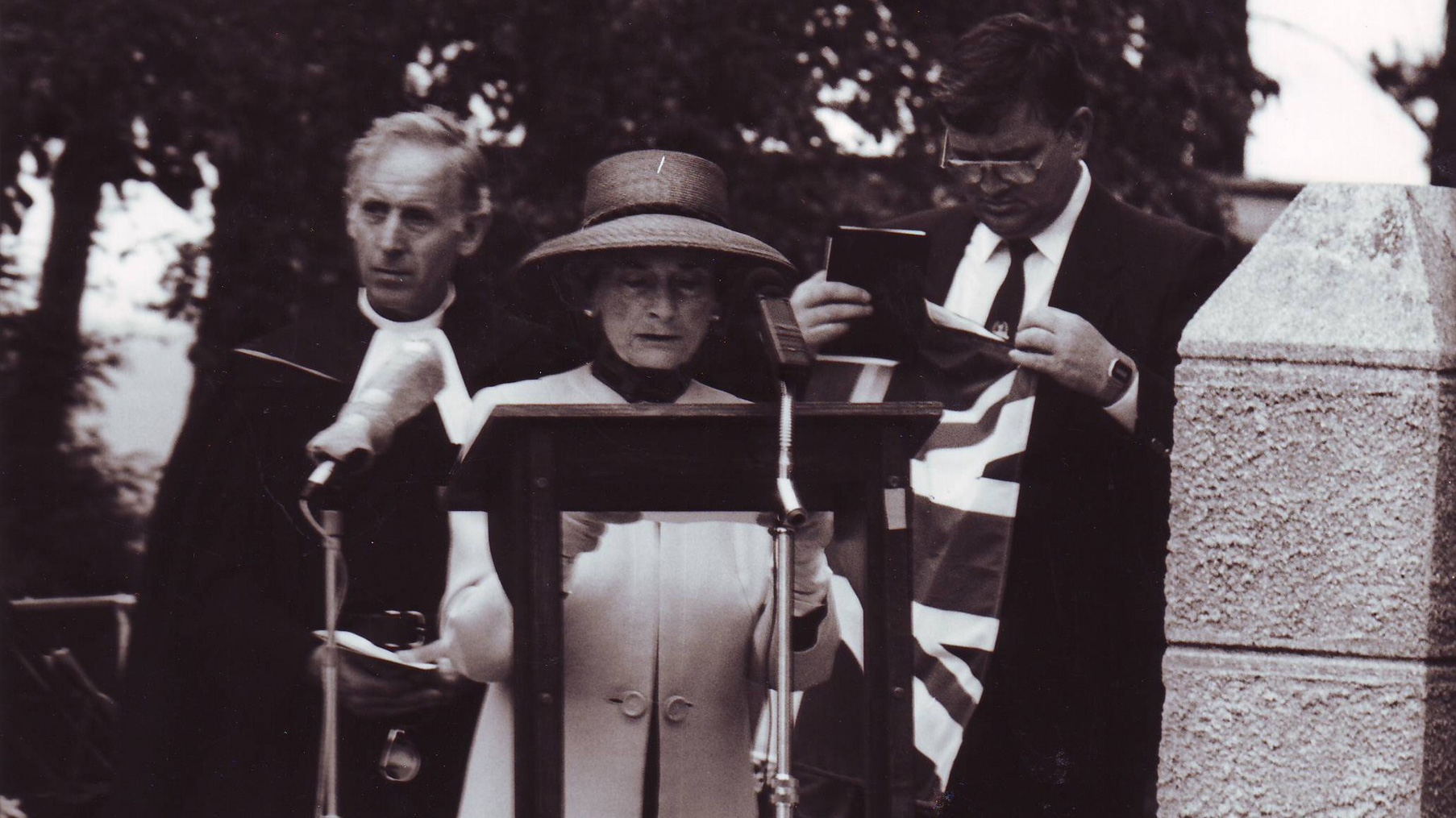 At the Rededication Service of the Ulster Tower in 1989 Princess Alice said, ‘Following the Great War, King George V, recalled the deeds of the 36th (Ulster) Division which he said had more than fulfilled the high opinion formed by him on inspecting them prior to their departure for the front.  His words “Throughout the long years of struggle, the men of Ulster have proved how nobly they fight and die”, are enshrined forever within the walls of the Ulster Memorial Tower at Thiepval in France.’

In the background of this image is Jackie Hewitt MBE the then Manager of Farset.  Jackie and Dr Ian Adamson were on the initial journey to France that led to the rededication of the Ulster Tower and the formation of the Somme Association.

“It was all closed up and we had to get the key from a woman in the village of Thiepval. Inside, the tower there were spiders and cobwebs and dust everywhere. Then the kids – who had been fascinated by what happened at the Somme – asked if they could do a project about it, and that was the start of the Farset Somme project. The rest, as they say, is history, but it would never have happened without that initial enthusiasm from the kids on that Farset community initiative.”