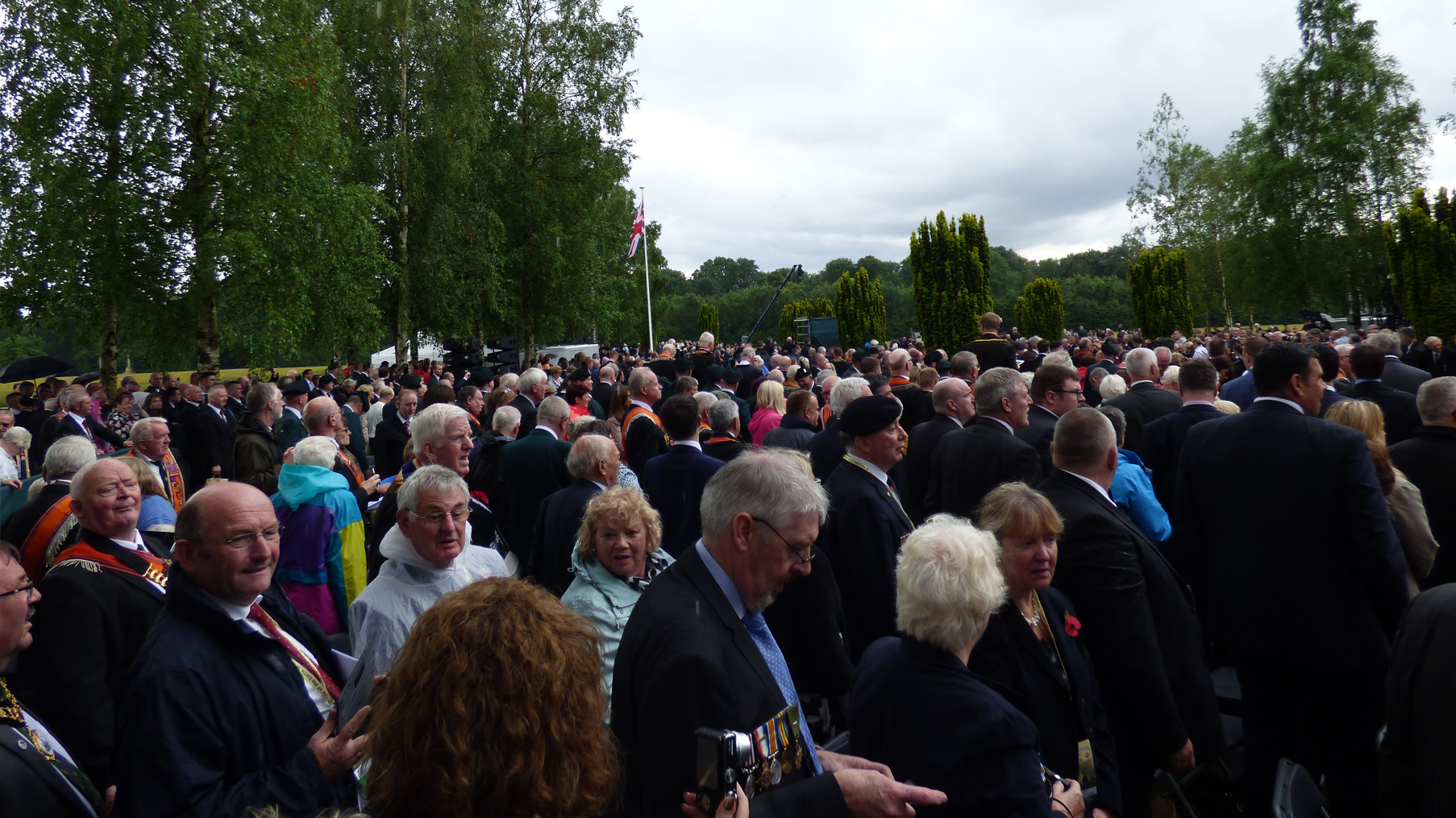 The 1st July 2016 was a special day, with 3000 people in attendance for the Service of Commemoration. It had rained for most of the day but this had not dampened the spirits of those gathered to pay their respects and commemorate the sacrifices of the 36th (Ulster) Division and the sons of Ulster who served in other regiments.

By the time the Royal party arrived at the Ulster Memorial Tower the skies had cleared and the service proceeded as planned.