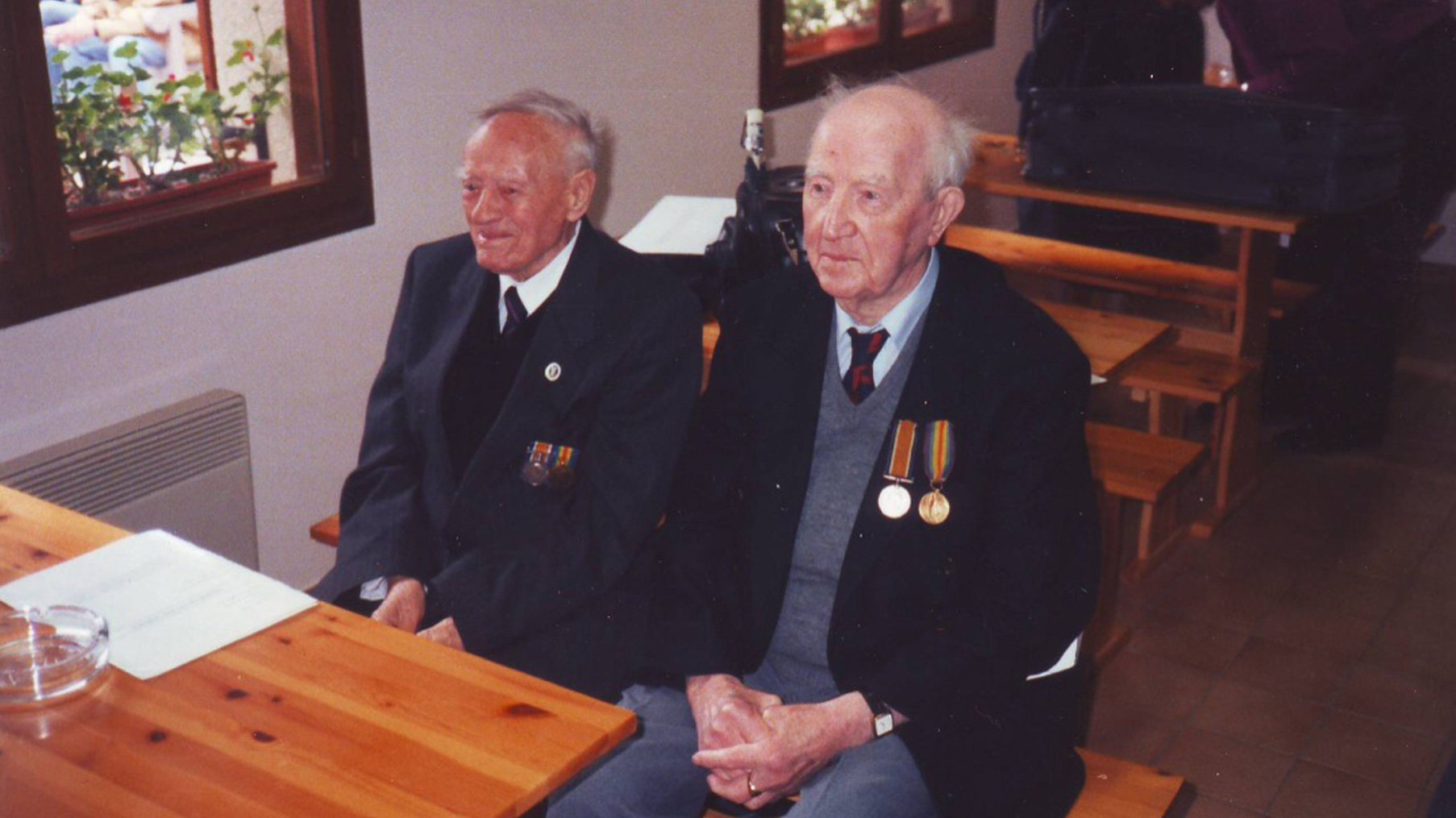 Veterans James Taylor and Harry Currie both originally from Donegall Pass, Belfast returned to the Ulster Tower for the 80th anniversary, when both were in their nineties. They are seen in this image sitting in the café at the Ulster Tower.

James had joined the navy in 1914 but was sent home because it was discovered that he was under age plus he was the only male in his family as his father had died when he was 3 years old. He stayed at home until 1916 when he again joined but this time in went into the Royal Field Artillery.  James found himself in France in 1917 and his first taste of action was at Vimy Ridge with the Canadians.

In an interview with the Somme Association James recalled that they lost many horses, ‘We had just tied up the horses when ‘Jerry’ started shelling and we dived into the cellar of a house. After the shelling stopped, we came out to discover the roof blown off by a shell and all the horses had been killed.’

Harry on the other hand had joined the Army Service Corp and, in an interview, when he was 100 yrs and 5 months recalled.

‘I was born in Donegall Pass in December 1897 at Walnut Place. I signed the Ulster Covenant; it was a lovely thing. I was 17.

My parents did not know I joined the UVF. I signed at the Old Town Hall in Victoria Street. There we were told we were signing a Covenant to fight for Ulster. I joined up to fight for Britain and Kitchener in the Great War. There were some great Irish Regiments.

We were fighting for Liberty and Freedom because the Germans were going to take over all the countries, they could get their hands on. We won in the end but what good did it do with all the destruction and poverty.

I lost plenty of chums at the Somme. It was a terrible battle.’