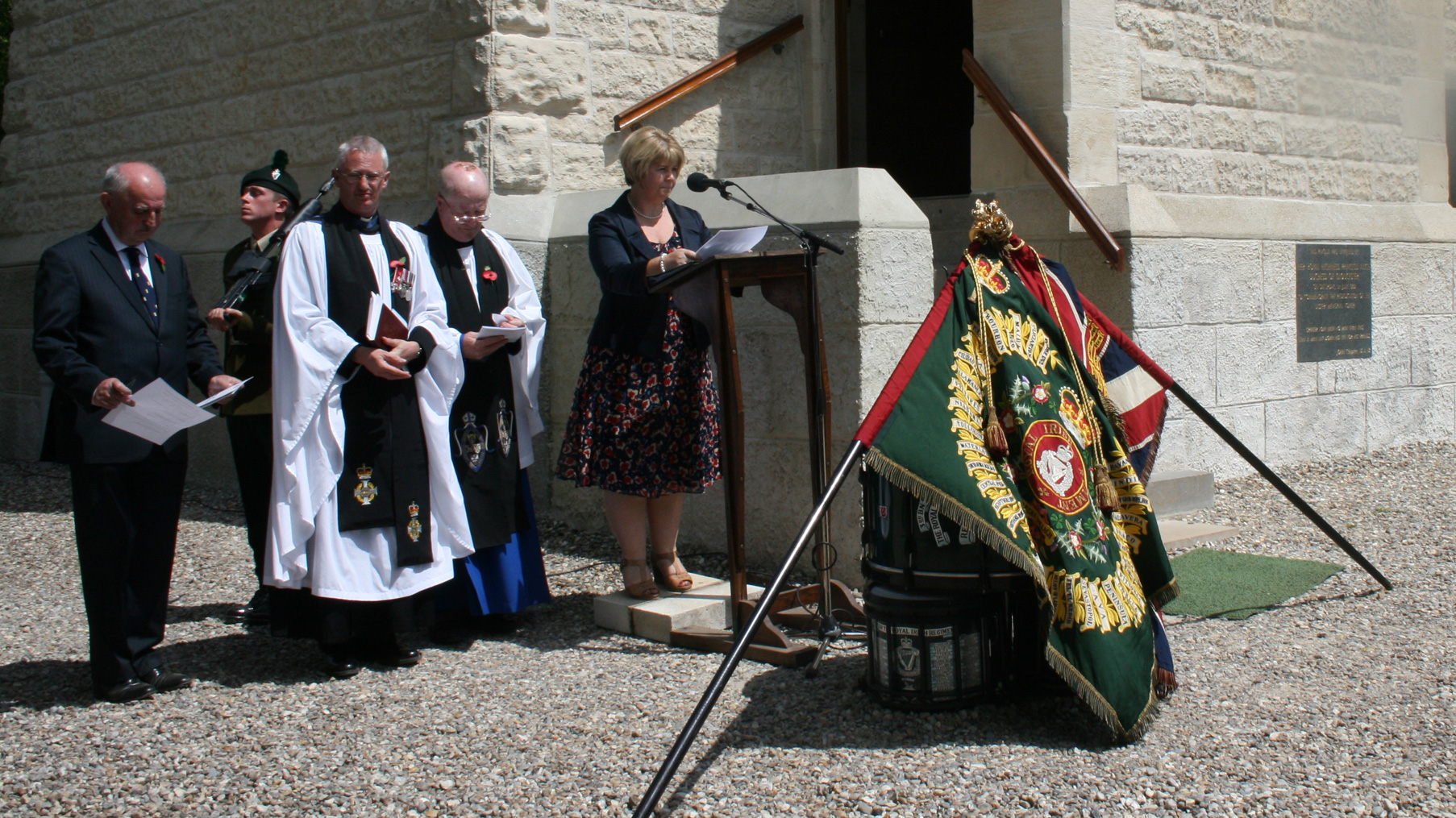 The 95th anniversary in 2011 gave the Somme Association the opportunity to try out ideas for the forthcoming 100th anniversary.  One of these was the introduction of the Colours of the 2nd Battalion The Royal Irish Regiment as part of a Drumhead Service.

The Band of the Royal Irish Regiment provided the music and the service was conducted by the Rev Ian Gamble MBE, Royal Army Chaplains’ Department, Territorial Army and the late Rev Alex Chambers.