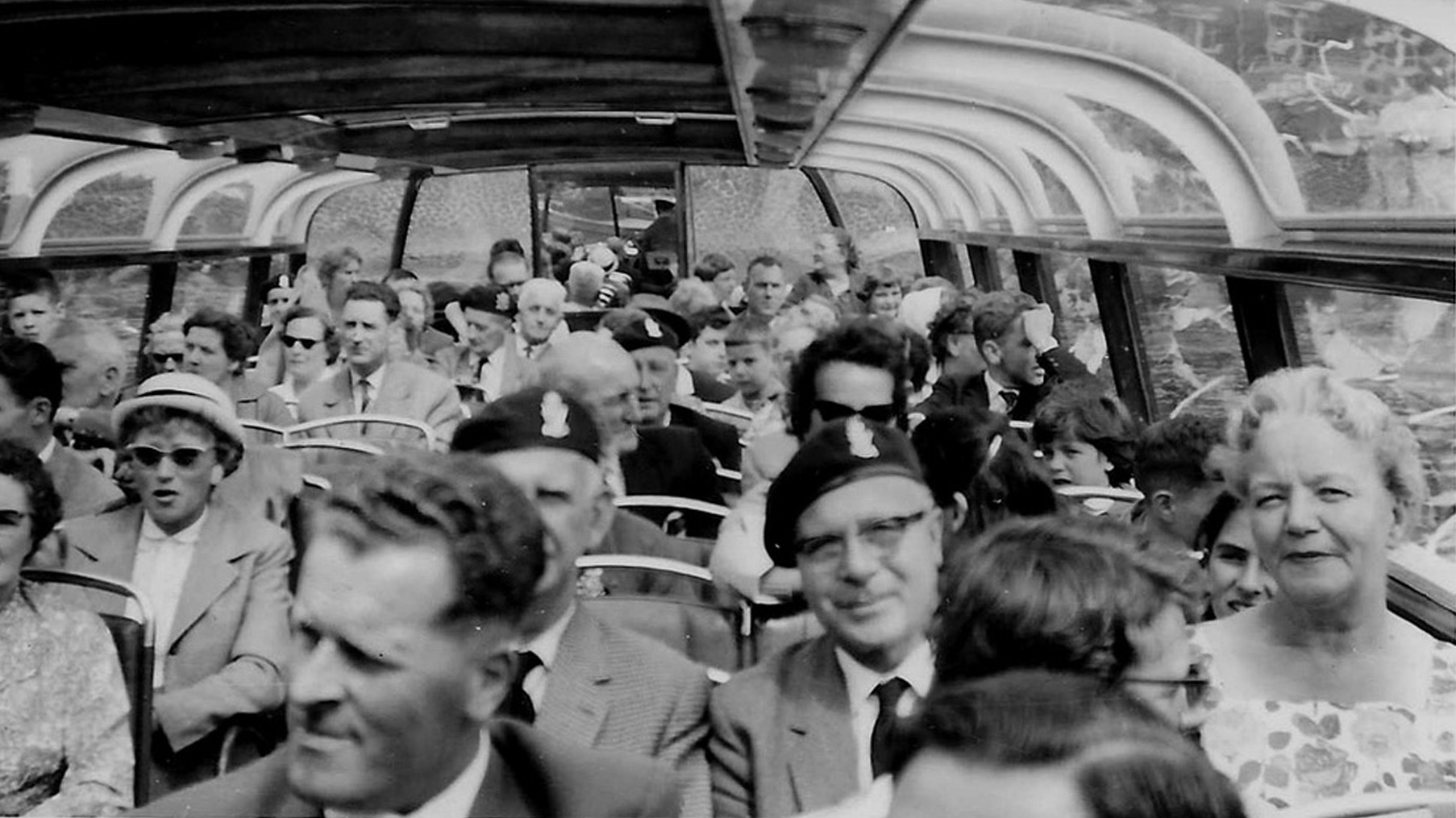 All Aboard the boat

The 1966 pilgrimage was a gruelling affair especially for pilgrims of a pensionable age.  As soon as they landed, they were all loaded onto their coaches and headed for their first engagement in Amiens.  Here each man was presented with a commemorative medal.  They then preceded to attend a ceremony in the evening at Newfoundland Memorial Parc, Beaumont-Hamel.  This was the first occasion that the Caribou Memorial was illuminated.

This image shows some of the party onboard a small boat on the cultural part of the trip.  It shows Rifleman D.O Mahood and Mrs Mahood in the right of the image. Mr Mahood later wrote about his experiences on the 1966 pilgrimage saying, ‘the crack was good so long as the cognac bottle remained full and it never did seem to get empty.’

It had been made very clear to all attending that any personal expenditure such as cognac and cigarettes was their own responsibility. Each attendee had contributed £5 towards the cost of accommodation.

The 1966 pilgrimage was an emotional journey for the veterans but many commented later that it had been good to say a proper farewell to the comrades who never made it back home.