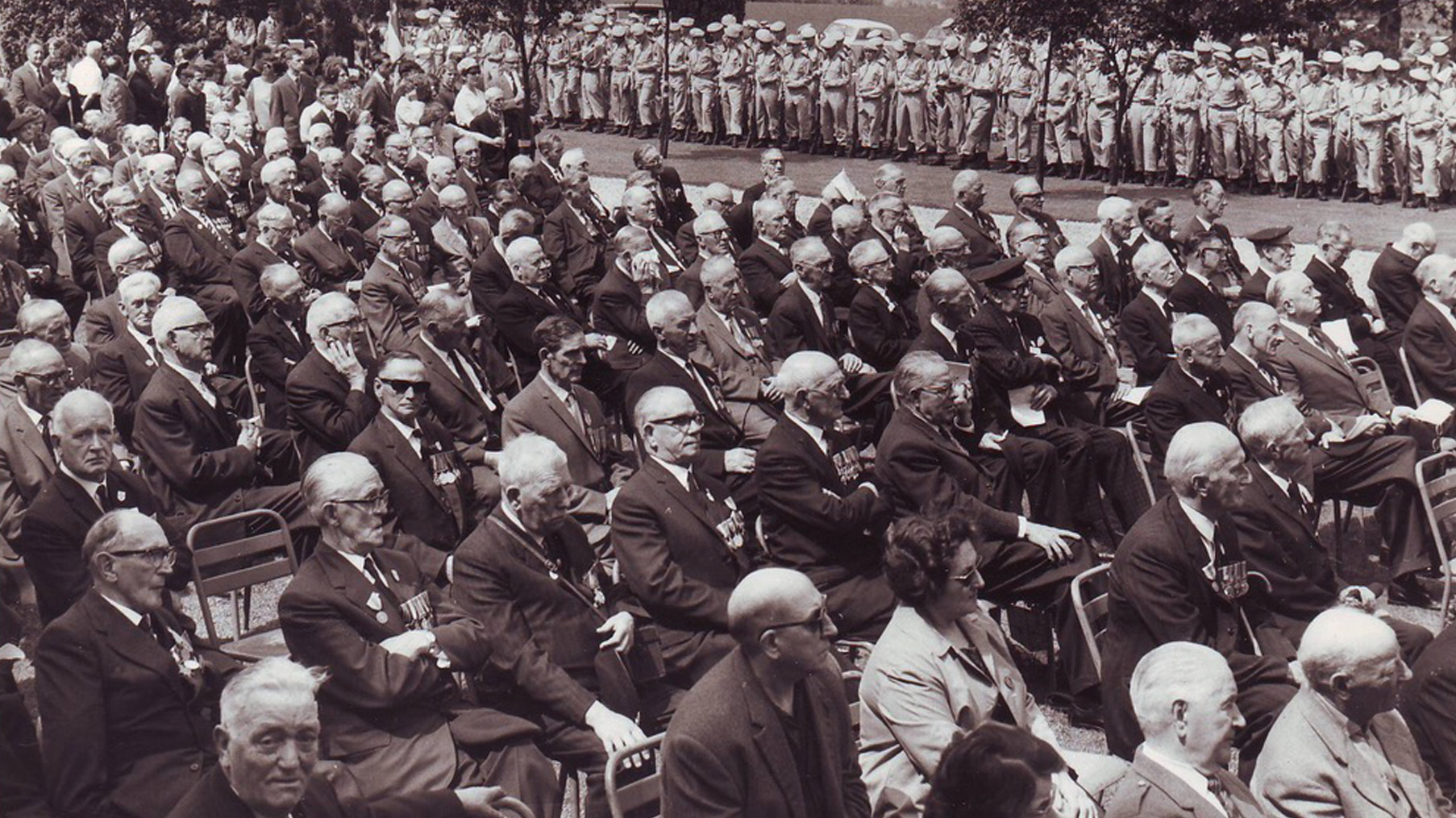 This photograph taken on the 1st July 1966 shows the number of veterans who were willing to make the trip back to the Somme.  Although there had been previous pilgrimages by the YCV’s in 1927 and the 13th Battalion Royal Irish Rifles in 1956, this was the largest organised pilgrimage to date.

The committee had allocated a certain number of places to each battalion of the 36th (Ulster) Division old comrades as well as other units who had been attached to the Division such as the Machine Gun Corps, Royal Army Medical Corps and the Army Service Corps.

A limited number of places were also given to other units such as the Irish Guards, the Royal Artillery and the amalgamated Cavalry such as the North and South Irish Horse.

The French military also supported the commemorations at the Ulster Tower by providing a extensive Guard of Honour which can also be seen in the image.