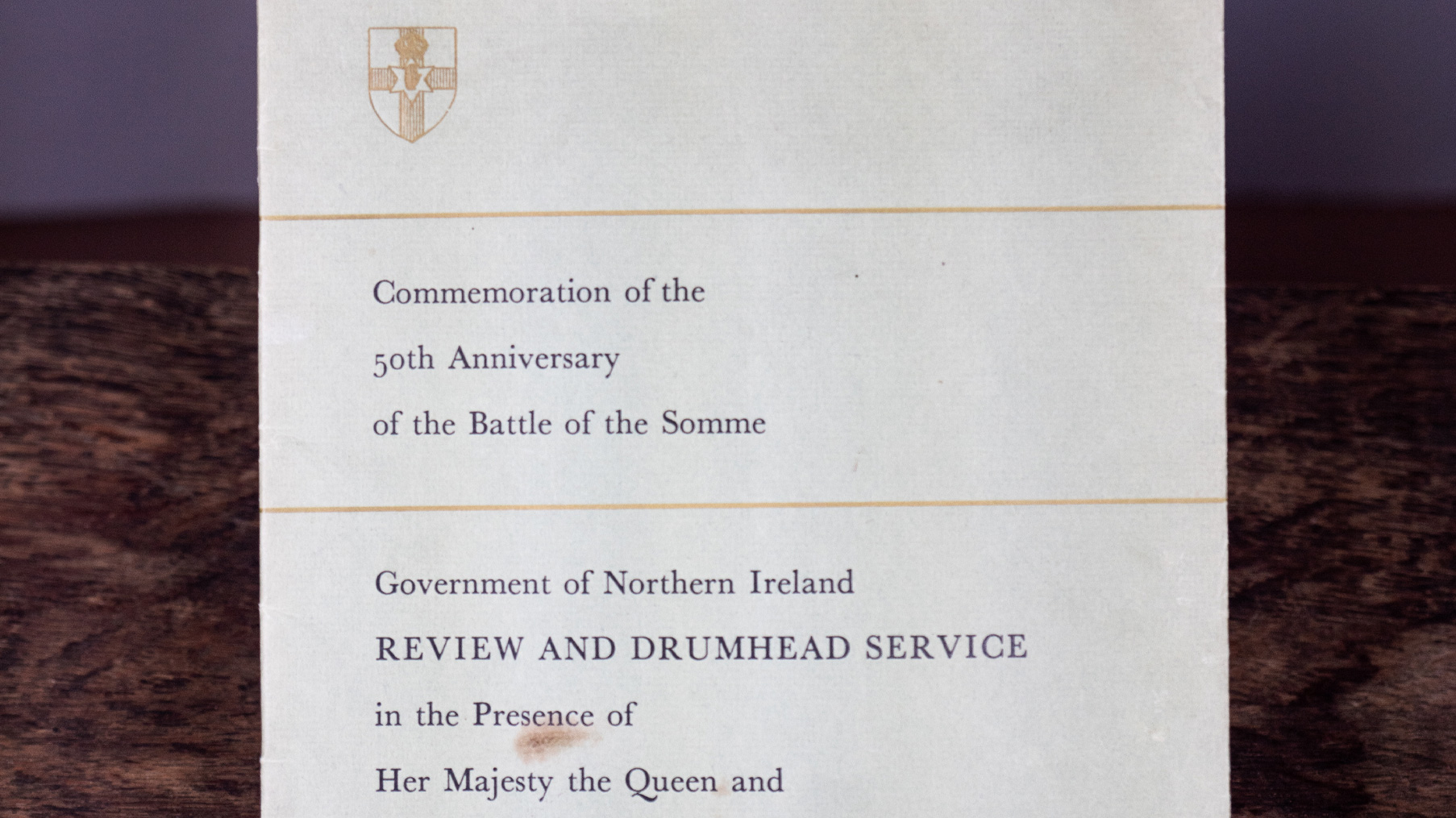 Programme of the Commemoration of the 50th Anniversary of the Battle of the Somme.

Government of Northern Ireland
Review and Drumhead Service
in the Presence of
Her Majesty the Queen and
H.R.H. The Duke of Edinburgh
Balmoral, 4th July 1966.

On the pilgrims return a Review and Drumhead Service was held at the Balmoral Showgrounds, attended by Her Majesty the Queen.

The Government of Northern Ireland had provided funding of £1,688 to cover the costs (approximately £32,160 today)

Over 65 veterans had attended the pilgrimage to the battlefields but those who had been deemed unfit to travel were able to attend the special Royal Review at Balmoral.  The 1966 Pilgrimage had been a success.