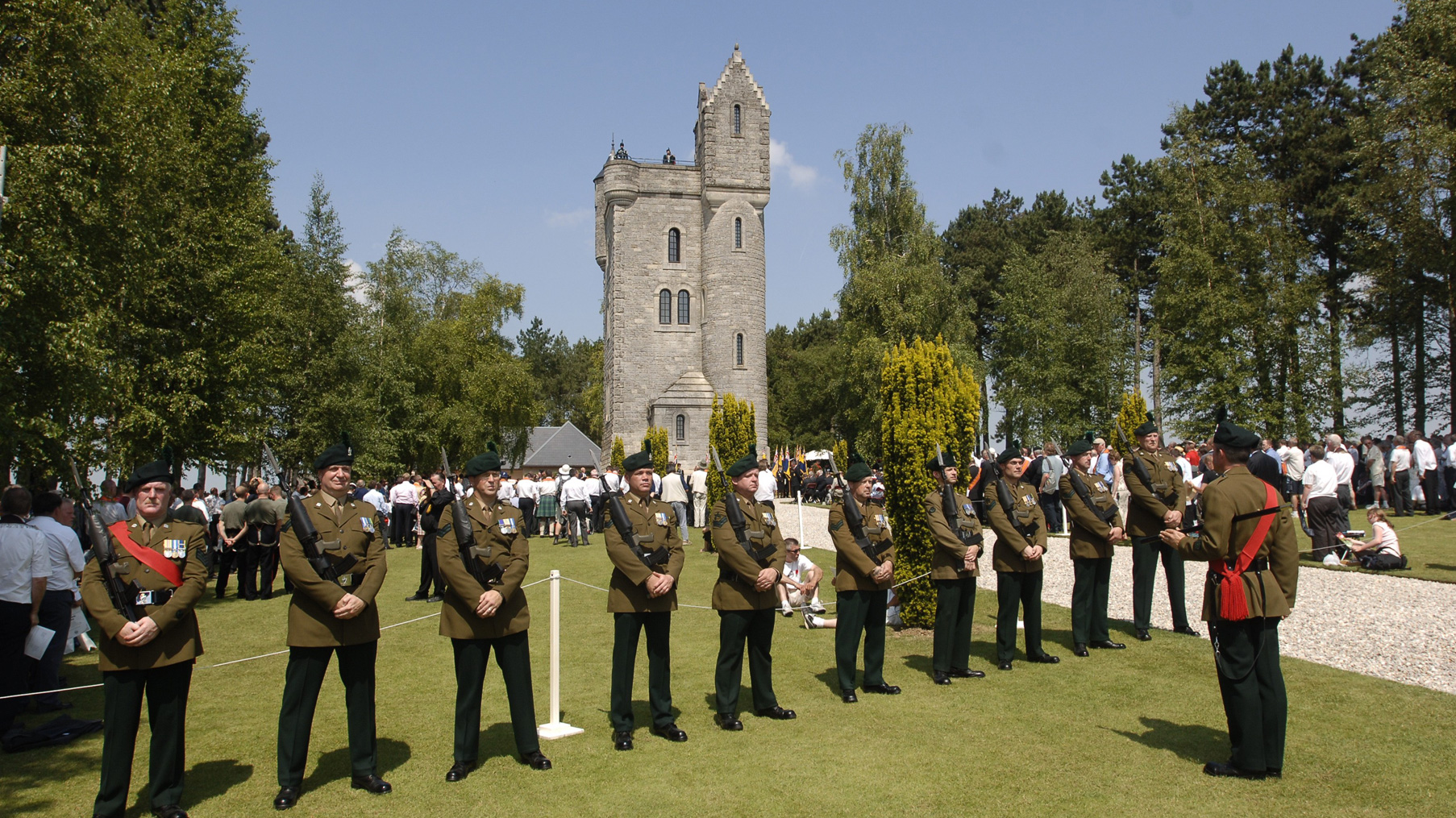 On an extremely hot day on the 1st July 2006 a Service of Remembrance was held in the grounds of the Ulster Memorial Tower to commemorate the 90th anniversary of the Battle of the Somme.  It was attended by numerous dignitaries and over 2000 members of the public. The fields around the tower were packed with coaches and mini buses.

The Guard of Honour and Cenotaph Party were soldiers from The Royal Irish Rangers who had the unenviable task of standing for long periods in the roasting sun.

Faugh A Ballagh (Clear the Way)