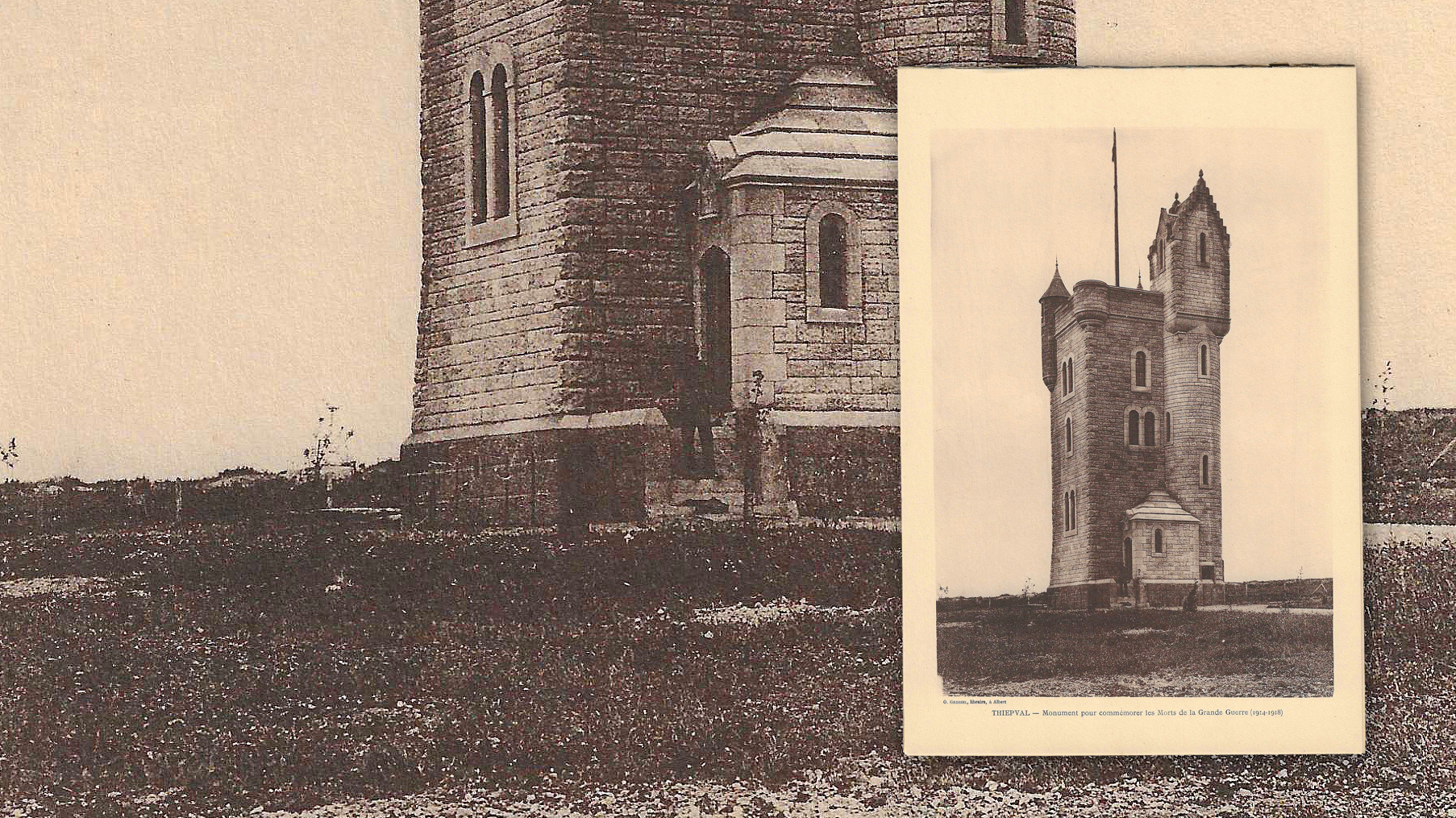 First Caretaker of the Ulster Tower

During the planning stages of the Ulster Tower, James Craig had suggested that rooms could be built within the tower for ‘someone with Ulster sympathy and with knowledge of the 36th Division,’ who could then act as a caretaker and battlefield guide.

The plans of the Ulster Tower, show the caretakers accommodation as two bedrooms on the second floor and a living room, scullery, storeroom, cool room and larder on the first floor.  No bathroom is included.

The issue of salary caused many problems for the committee but to start with it was paid by the Ulster Volunteer Force Patriot Fund.

The records show that the first caretaker was a Sgt Joseph Savage from Belfast, who lived in the tower with his French wife until March 1922.

This image shows Sgt Savage dressed in his military uniform, standing on the top step at the doorway into the Ulster Tower.