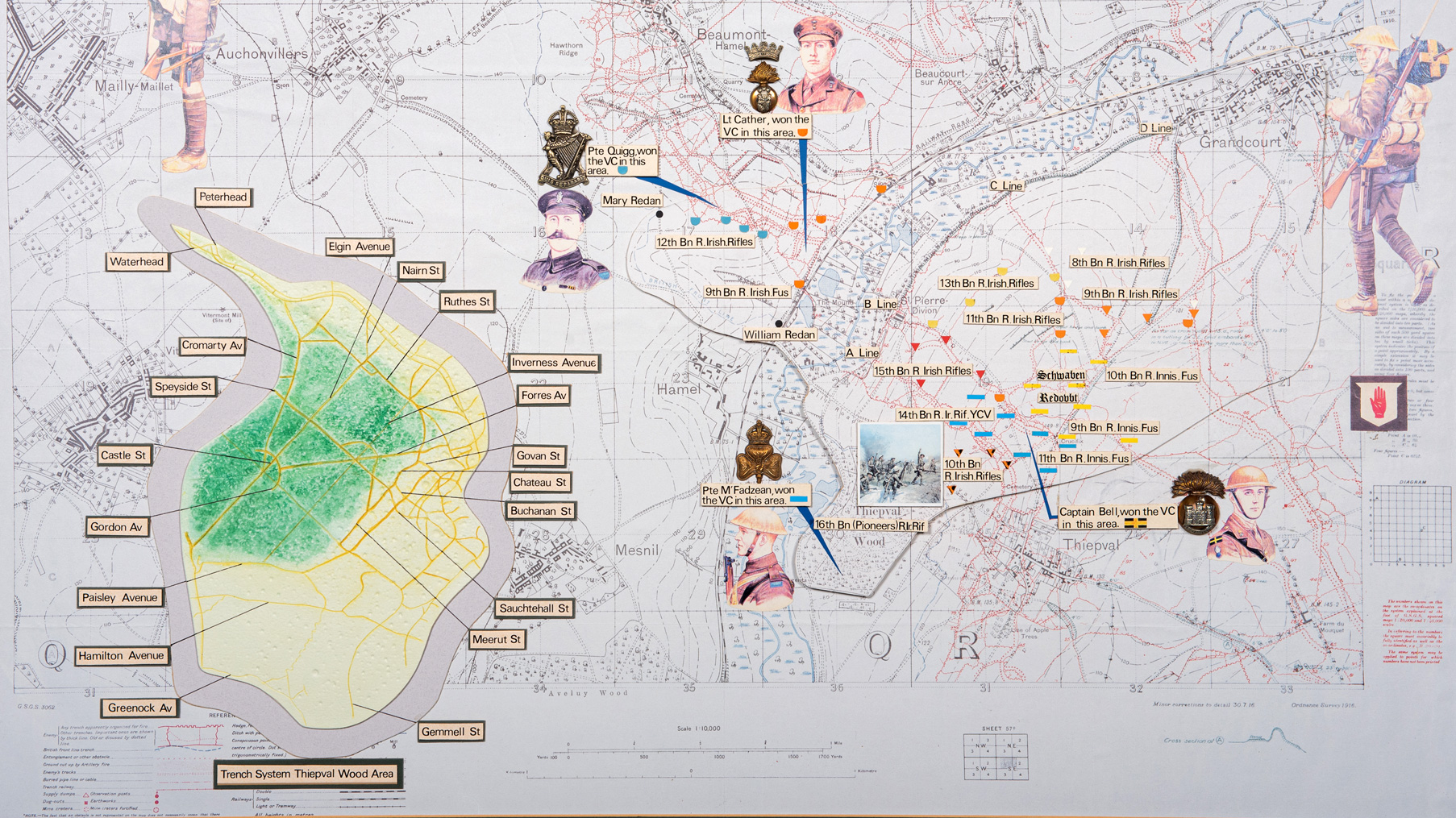 During the Battle of the Somme the 36th (Ulster) Division successfully managed to advance their positions and reach their objective. Regrettably, due to the difficulty of supplying ammunition, equipment, food and water to the men in the forward positions, they had to fall back.

German counterattacks from mid-afternoon added to the danger that the forward Ulstermen might be cut off. The position was untenable for the Ulster’s and by the end of the day the decision was made to withdraw back to the German Front Line.

By the end of the Battle of the Somme the Ulster Division had sustained approximately 5500 casualties of which the dead numbered an estimated 2,069.

Four Victoria Crosses were awarded for the actions of the Division at the Battle of the Somme and numerous other awards.