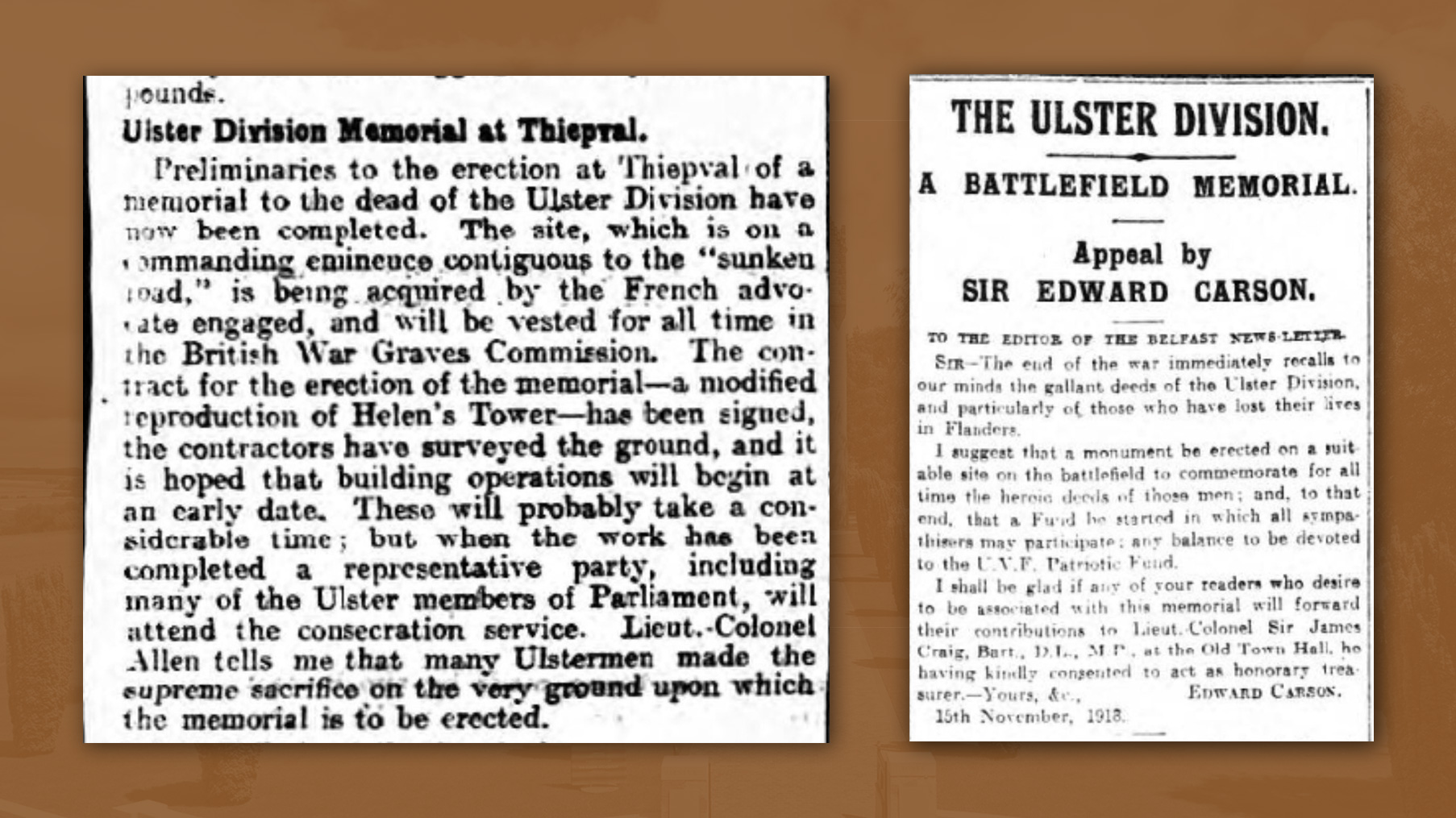 Sir Edward Carson and Sir James Craig launched a campaign to raise the funds to enable them to build a memorial fitting of the ‘gallant deeds of the Ulster Division.’

In the Belfast Newsletter on the 15th November 1918, Carson stated, ‘I suggest that a monument be erected on a suitable site on the battlefield to commemorate for all time the heroic deeds of those men; and, to that end, that a Fund be started in which all sympathisers may participate: any balance to be devoted to the U.V.F Patriotic Fund. Craig was now appointed honorary treasurer.

Later it was announced in the papers that ‘preliminaries to the erection at Thiepval of a memorial to the dead of the Ulster Division have now been completed.’ Readers were also informed that the memorial would take the shape of, ‘a modified reproduction of Helen’s Tower.’

Cuttings from The Somme Museum Collection