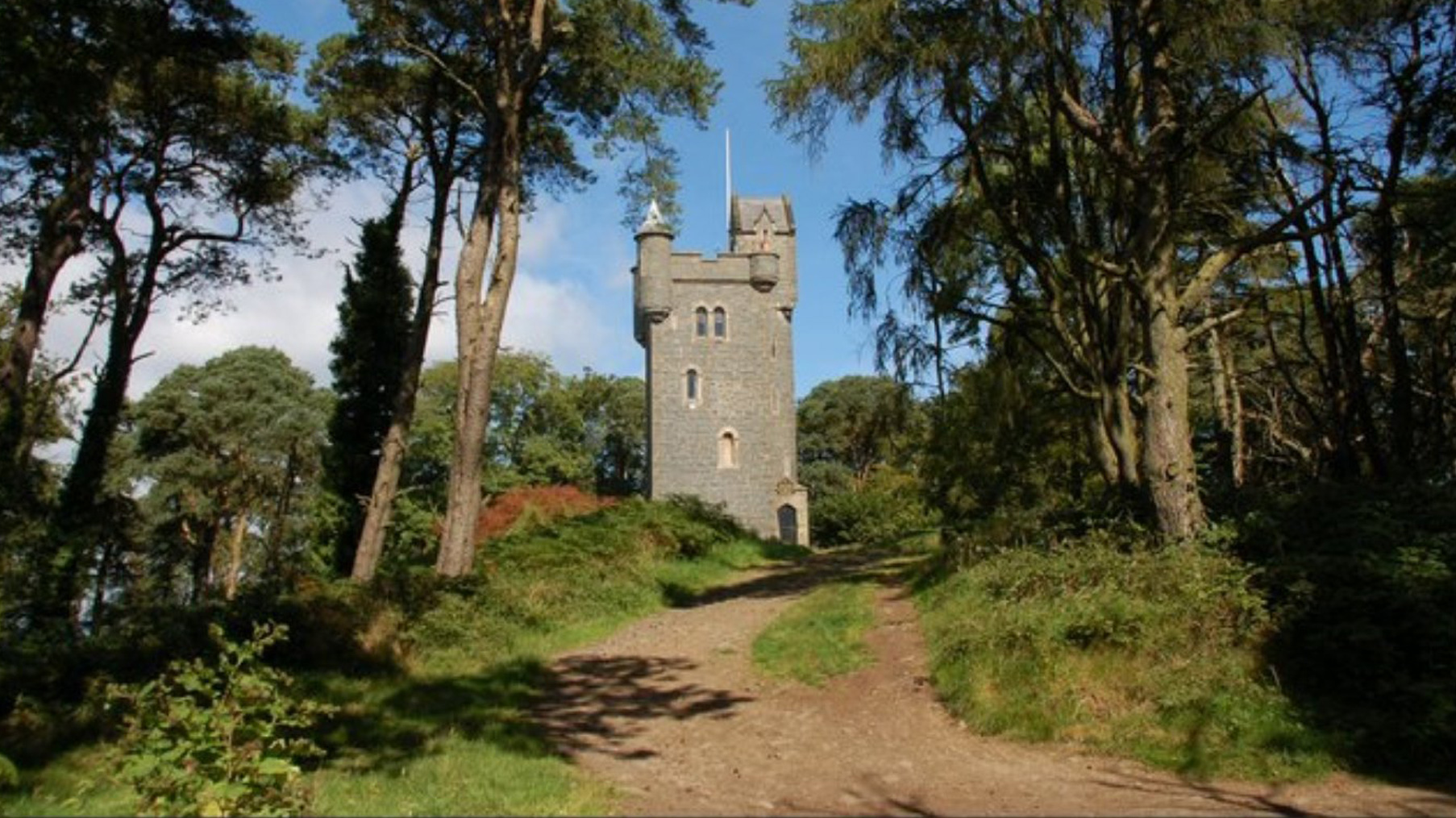 Helen’s Tower built in the mid 1800’s, is a 19th century folly and lookout tower built on the top of a wooded hill, 430 ft above sea level, on the Clandeboye Estate between Newtownards and Bangor. The tower was built in the style of the Scottish Baronial Revival by William Burn. It stands 60 feet high and consists of a base, a main body and a flat turreted roof with a viewing platform overlooking County Down.

It is called Helen’s Tower after Lord Dufferin’s mother and was built to celebrate her life and his love of her.

Helen’s Tower a well-known Ulster landmark at the time, inspired the design of the Ulster Memorial Tower which was built to commemorate the sons of Ulster who had fought in the Great War.