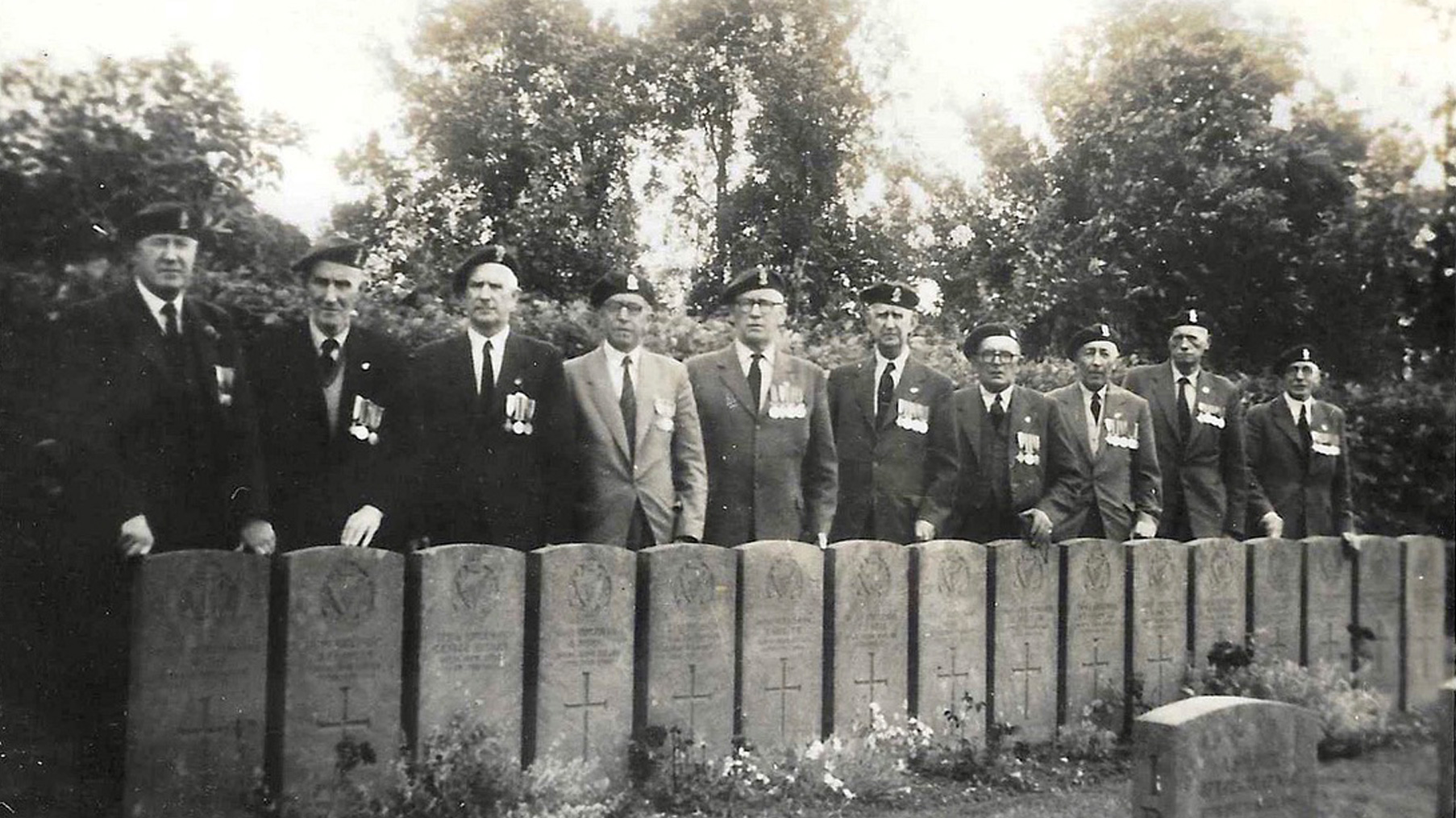 This very poignant photograph from the 1956 pilgrimage shows the veterans standing by a mass grave, that is the resting place of their friends and fellow Riflemen.

On the evening of 28th June 1916, a few days before the Battle of the Somme, men of the 13th Battalion of the Royal Irish Rifles were moving out of the French Village of Martinsart to take up forward positions on the Somme when they were hit by a German artillery shell. Fourteen men died immediately and a further nine died in the days that followed as a result of their wounds.

The Battalion left MARTINSART by half platoons at about 10pm, in the following order D, A, and C Coy’s. On arrival A Coy took over the front line from the 11th Royal Irish Rifles and remained in the assembly trenches. D Coy went into the left of the line and C Coy into ANTRIM VILLAS. Just as the last platoon of C Coy was fallen in and going to march off, a large shell struck their faces, and there were 14 Rank and file killed on the spot, 7 died of wounds later and 32 were wounded amongst them Major R.D.P. Maxwell and the Adjutant Lieut. W. M Wright.