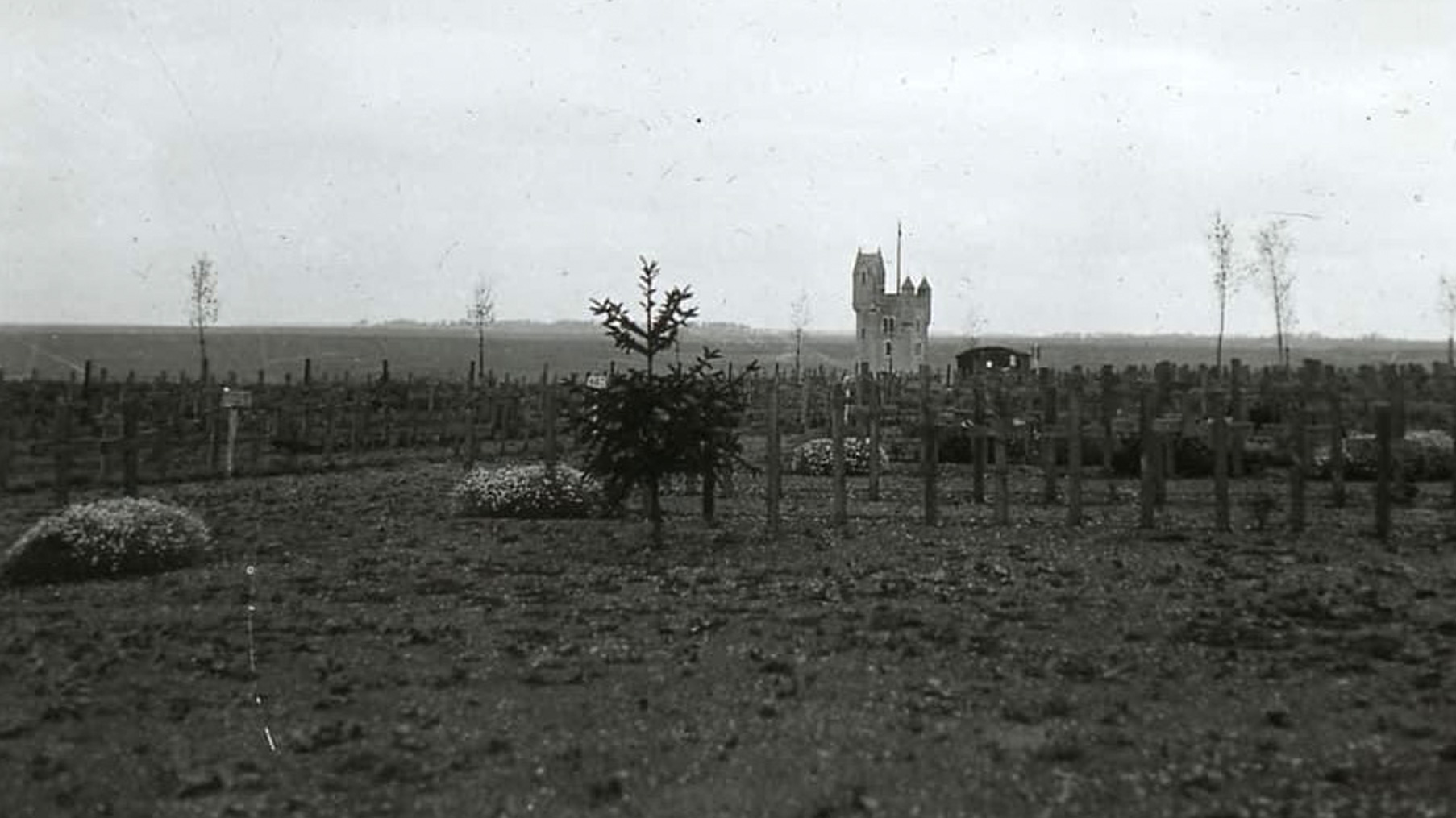 This early image is taken from Mill Road Cemetery looking towards the Ulster Tower.

The original wooden crosses are visible in the cemetery.

On the 1st July 1916 the 36th (Ulster) Division were tasked to attack the German positions north of the village of Thiepval, known as the Hansa Line and the heavily fortified Schwaben Redoubt.

Many men of the Division are buried in Mill Road Cemetery, which was made during the spring of 1917, when the German army withdrew to the Hindenburg Line allowing the surrounding 1916 battlefield to be cleared.

Today 1,304 Commonwealth soldiers of the First World War are buried or commemorated in Mill Road Cemetery.