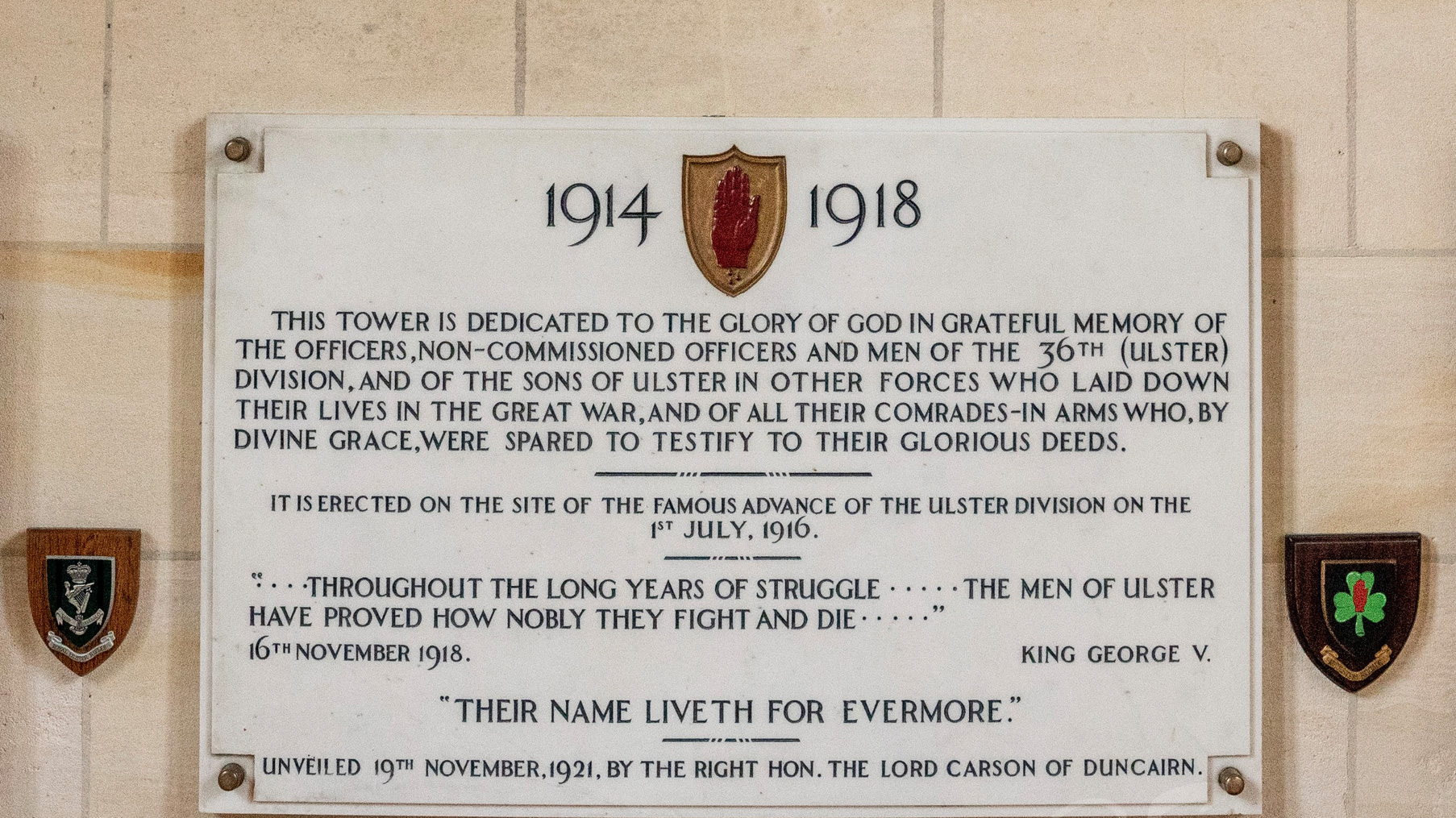 Plaque in the Ulster Tower

The principal room inside the Tower is a sixteen-foot square memorial chamber, faced throughout in stone, with an inscription tablet in statuary marble. The inscription reads:

“This Tower is dedicated to the Glory of God, in grateful memory of the Officers, Non-Commissioned Officers and Men of the 36th (Ulster) Division and of the Sons of Ulster in other Forces who laid down their lives in the Great War, and of all their Comrades-in-Arms, who, by Divine Grace, were spared to testify to their glorious deeds.”

James Craig had wished the plaque also had tributes inscribed on it, such as King George V’s words from the 16th November 1918 – ‘throughout the long years of struggle … the men of Ulster have proved how nobly they fight and die’, and the words chosen by Rudyard Kipling from the Bible, ‘THEIR NAME LIVETH FOR EVERMORE.’ These words would be craved into the Stone of Remembrance, designed by Sir Edwin Lutyens and in thousands of cemeteries throughout the world.

The marble plaque had been designed before Sir Edward Carson had to pull out due to ill health and so is incorrect in saying ‘UNVEILED 19TH NOVEMBER 1921, BY THE RIGHT HON. THE LORD CARSON OF DUNCAIRN.’