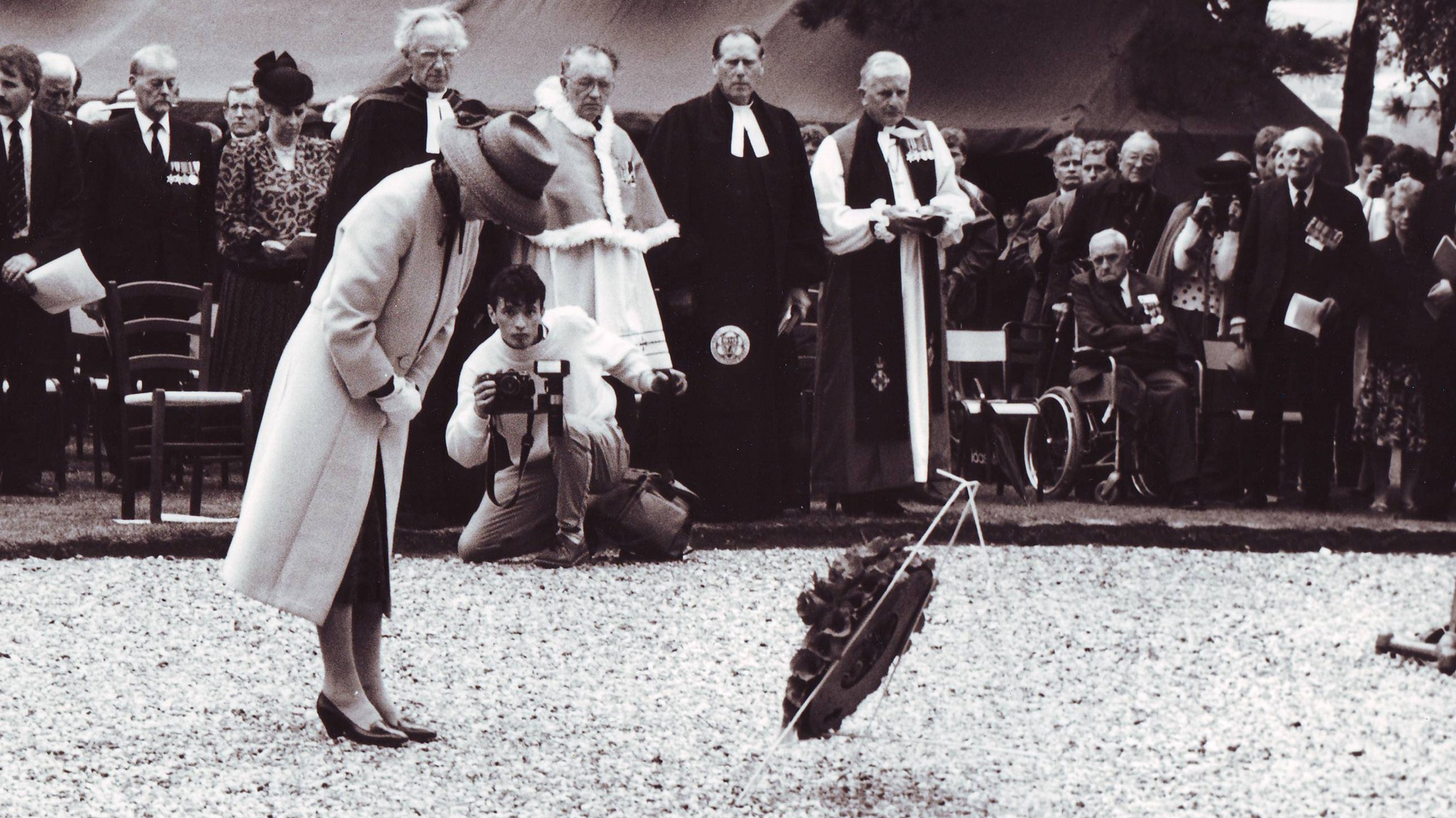 On the 1st July 1989 HRH Princess Alice, Duchess of Gloucester, GCB, CI, GCVO, GBE agreed to re-dedicate the Ulster Tower following a refurbishment project undertaken by Farset and the Somme Association. Also in attendance were veterans, families of those who had served and numerous dignitaries.

At the time of the rededication of the Ulster Tower Princess Alice was Colonel-in-Chief of the Royal Irish Rangers and had a long-standing connection to Ulster.

In 1990 Dr Ian Adamson formally established The Somme Association with The Duchess becoming its first President.