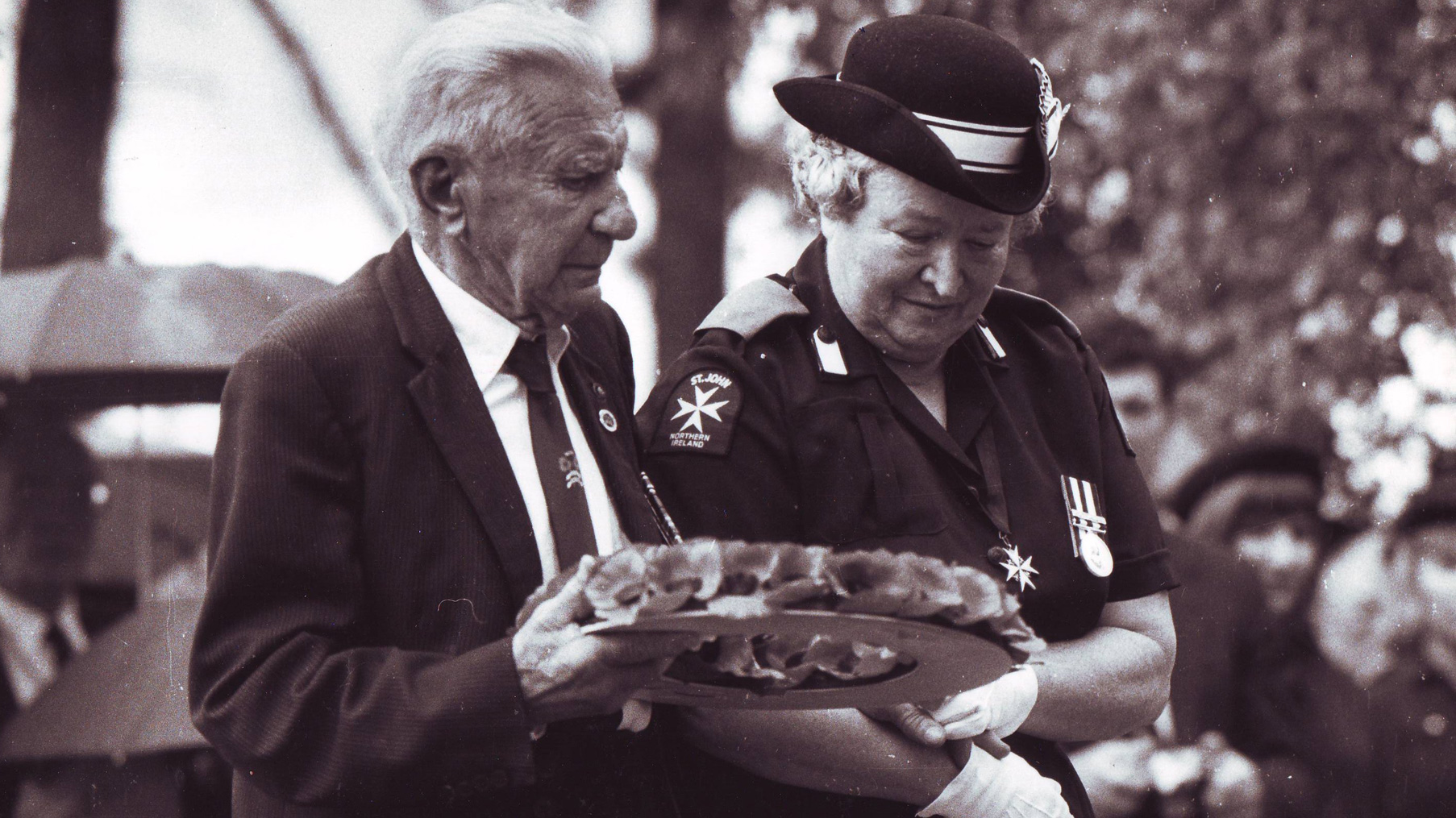 Leslie Bell, aged 95 lays a wreath to his fallen friends at the Ceremony to commemorate the 75th anniversary at the Ulster Memorial Tower.

Leslie from Banbridge, served with the 10th Bn, The Royal Inniskilling Fusiliers (The Derrys)

In an interview with Billy Ervine of the Somme Association when Leslie was 91 years old, he recalls 1st July 1916:

“It was a bright, warm morning, the sun was up in the sky, the big guns were going off like billy-o.

We had been addressed by one of the big nobs from headquarters who told us not to run; we could light our pipes and cigarettes, slope our arms and just walk on, there would be no opposition.

I was wounded in the legs and back and lay in the field from half-past eight to four o’clock in the afternoon; to tell you the truth I thought I would never see my home again.

I was lying there amongst the dead and wounded, and your thoughts were far from pleasant. There were a number there who had been blown to pieces; what a waste of life.”