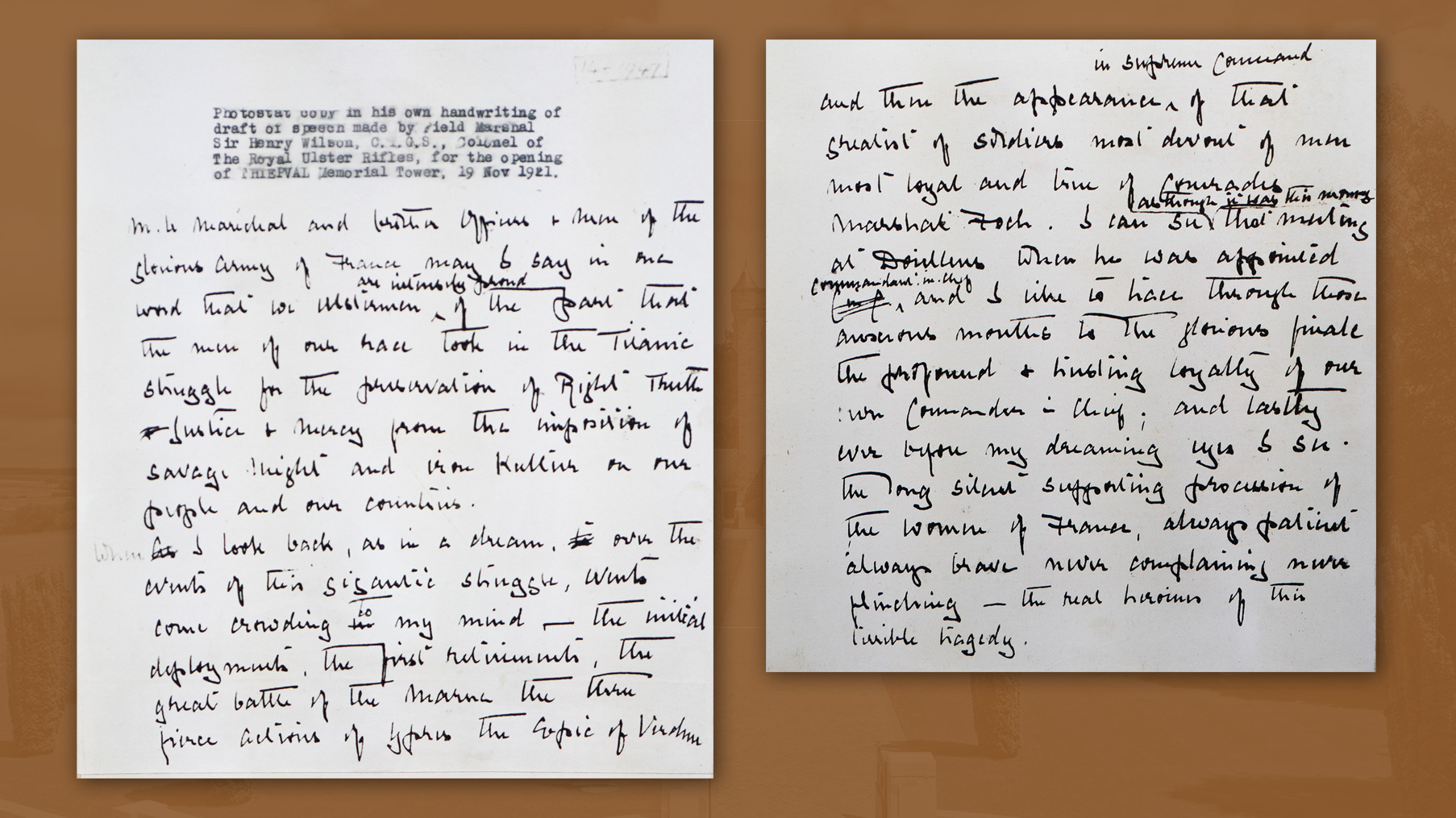 The Dedication Ceremony on the 19th November 1921, was performed by Sir Henry Wilson, Bart, GCB, DSO, C.I.G.S. in the presence of many distinguished guests including the Marshal of France. (Maréchal de France) This is a French military distinction, rather than a military rank, that is awarded to generals for exceptional achievements.

Sir Henry made a speech in French welcoming the French representatives present. He started by saying “Monsieur le Maréchal and faithful officers and men of the glorious army of France may I say in one word that we Ulstermen are immensely proud of the part all of the men of our race took in the Titanic struggle for the preservation of right, through justice and mercy from the imposition of savage might and the killing of our people and our countries.”

He finished by saying, “and lastly even before my dreaming eyes I see the long silent suffering percussion of the women of France, always patience, always brave, never complaining, never flinching – the real heroines of this terrible tragedy.”