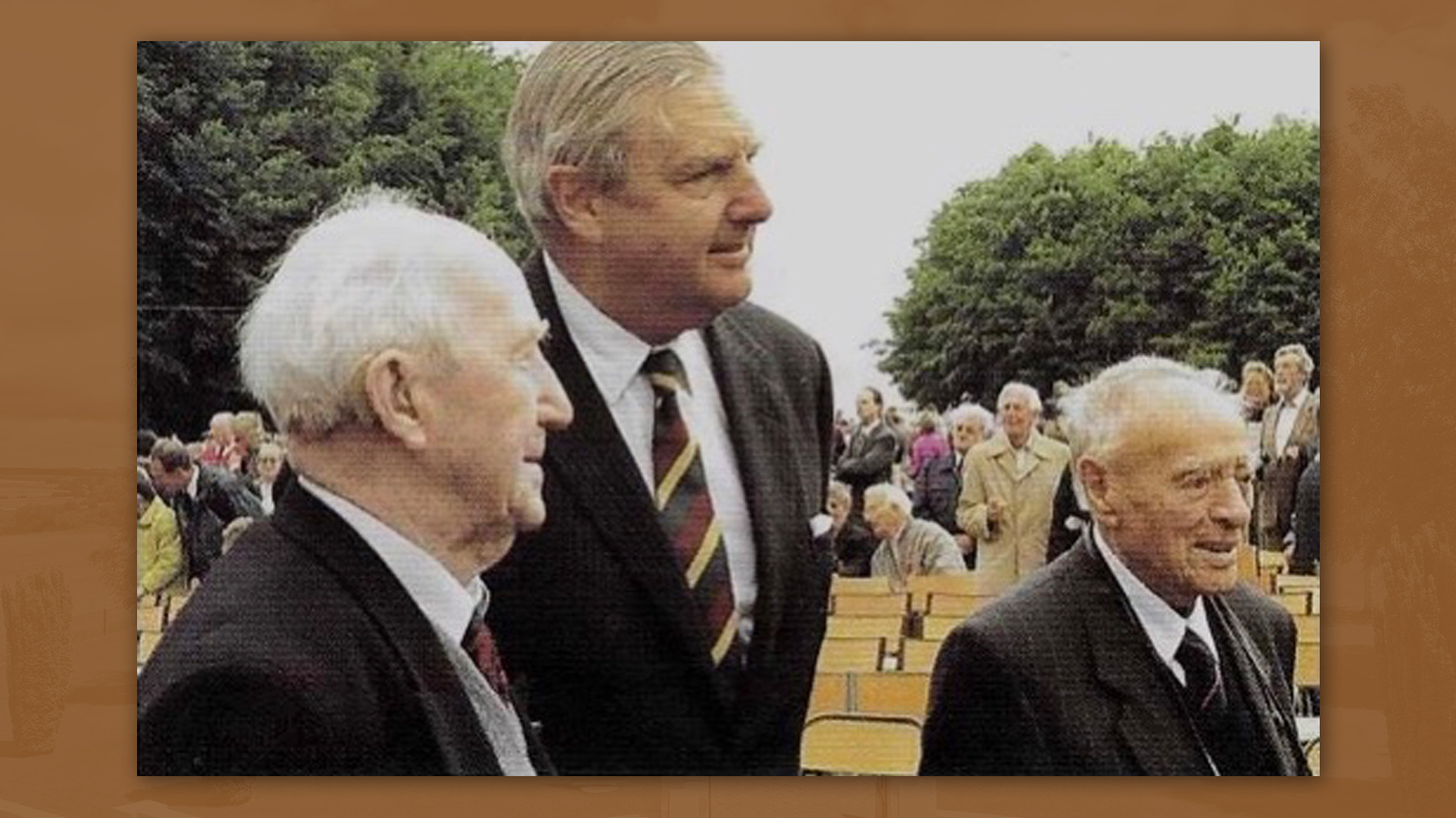 The 80th anniversary of the Battle of the Somme on the 1st July 1996 was attended by the then Secretary of State, Sir Patrick Mayhew, QC, MP. At the event Sir Patrick spoke about his own father’s action at the Battle of the Somme and he praised the work of the Somme Association. His father was Major Alfred Geoffrey Horace Mayhew MC who had served with the Queen’s Own (Royal West Kent Regiment). He had also lost a brother Geoffrey James Burke Mayhew who died of wounds in Italy in 1943.

Sir Patrick had himself seen service when he served as an officer in the 4th/7th Royal Dragoon Guards.

In this image he can been seen at the ceremony with veterans James Taylor and Harry Currie.