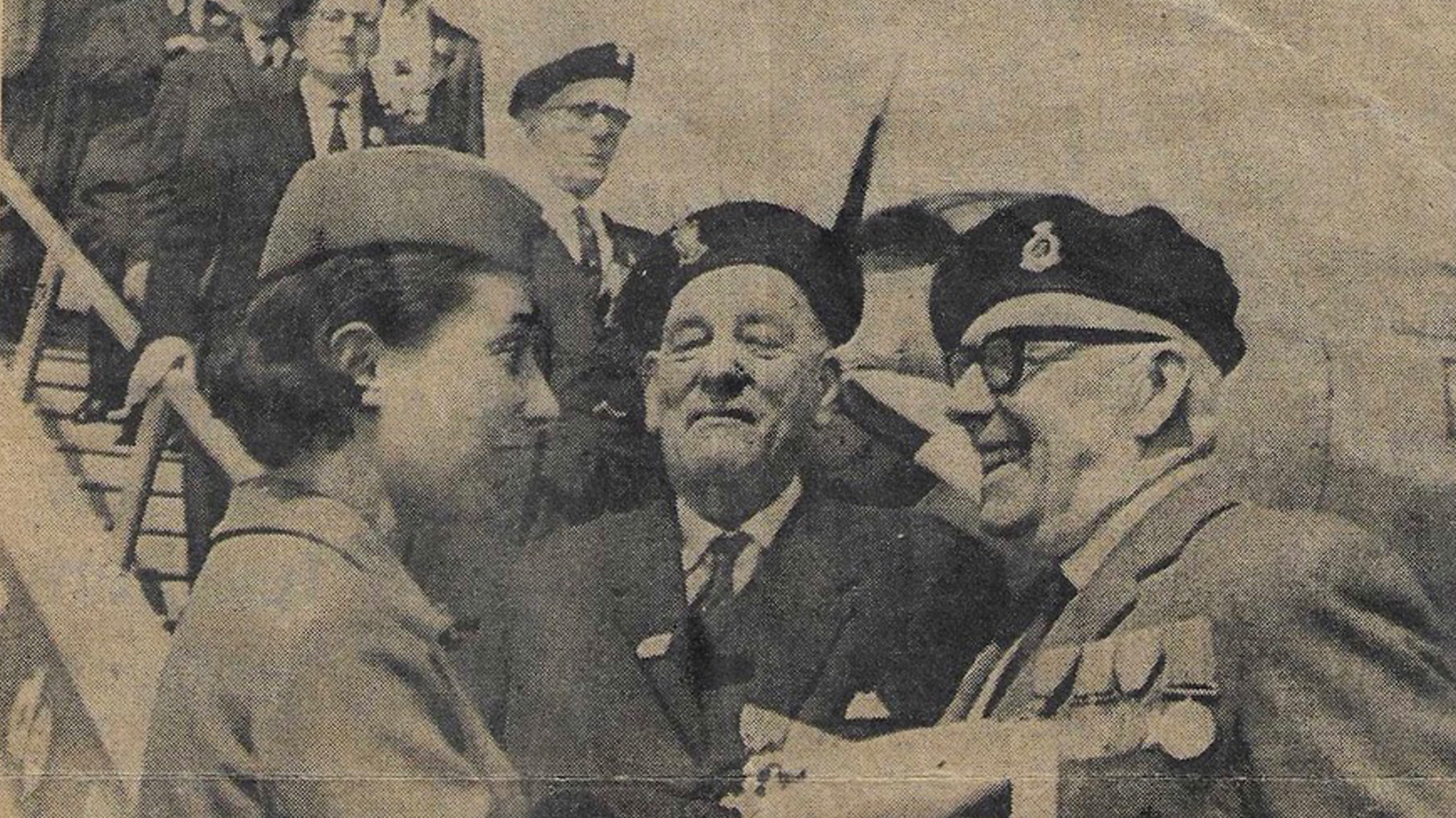 The 1966 Pilgrimage was not without its challenges.  The organisation of such a trip was causing the organisers a logistical nightmare. Trying to take so many ageing veterans to France was proofing difficult.  The task of finding an insurance company willing to insure such as trip of elderly gentlemen was no mean feat but the day arrived and the newspapers covered the story.

‘Miss Nadia Windgradsky a Paris ground hostess at Le Bourget Airport, examines the medals worn by Mr Jack Christie (right) of Cliftondene Gardens, Belfast and Mr John Patton of Wellington Park, when veterans of the 36th (Ulster) Division arrive to take part in the ceremonies commemorating the Battle of the Somme.’

The Prime Minister Captain Terence O’Neill was there on the ground at Le Bourget Airport to welcome and shake the hand of each of the veterans.