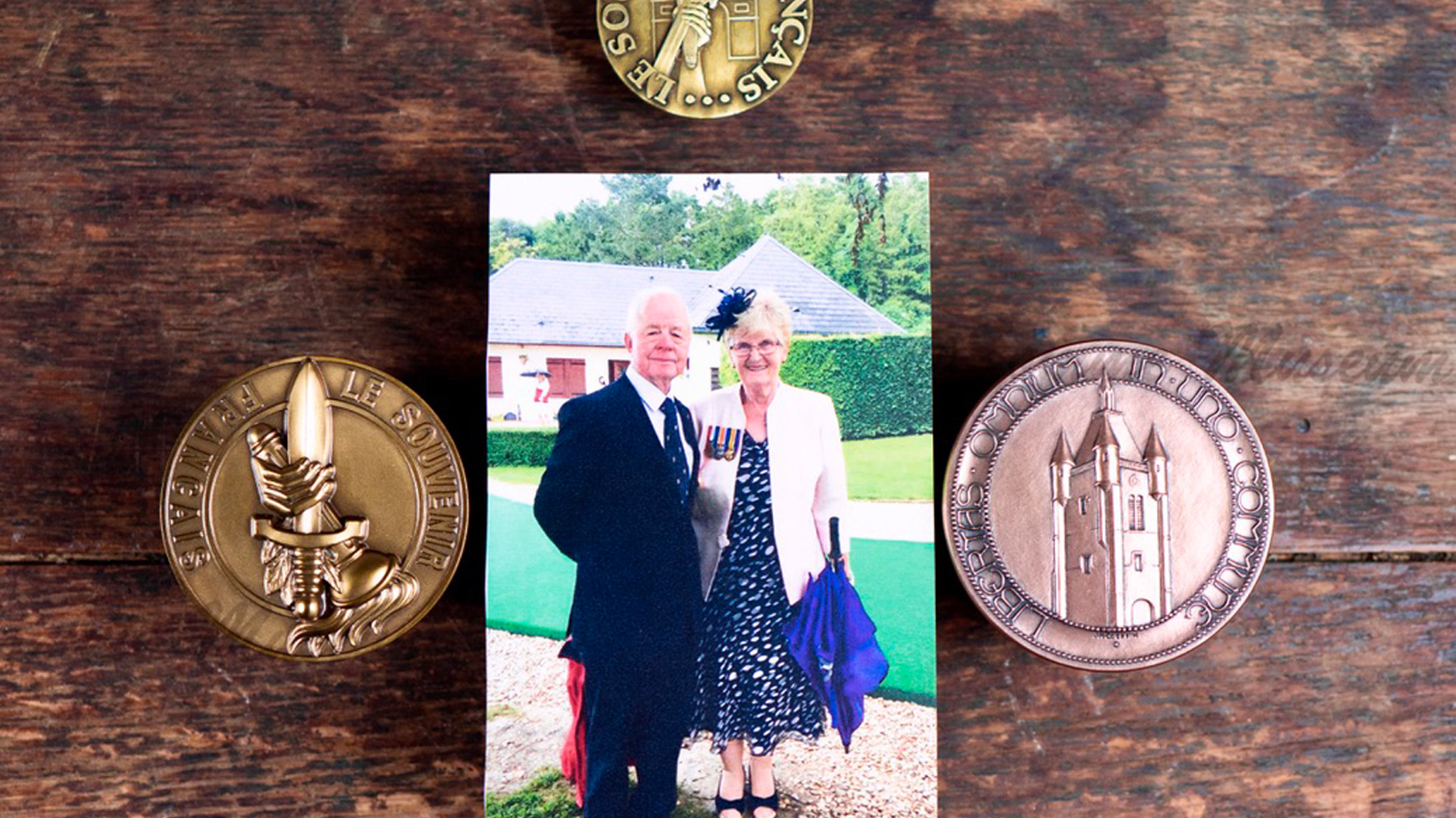 Mr & Mrs Colligan were the Custodians of the Ulster Memorial Tower from 2001 when they went to help out for two weeks.  They stayed a little longer than they expected.  During their time there the couple did an amazing job as ambassadors for the Somme Association and Northern Ireland. Teddy would take parties of visitors for guided tours into Thiepval Wood and Phoebe managed the visitors’ centre, greeting visitors with a true Ulster welcome.

Over the years they retired from the position a total of three times but it was in November 2011, they were greatly surprised when prior to leaving for home a delegation from the Picardie and French Tourist Board unexpectedly arrived at the Ulster Tower and presented each of them with a specially struck medal.

They were also presented with a medal sanctioned by the French Government; this medal is one of only five made. The medal was in recognition of their good work in preserving the memory of the Irish soldiers in fighting for the liberty of France and their allies.