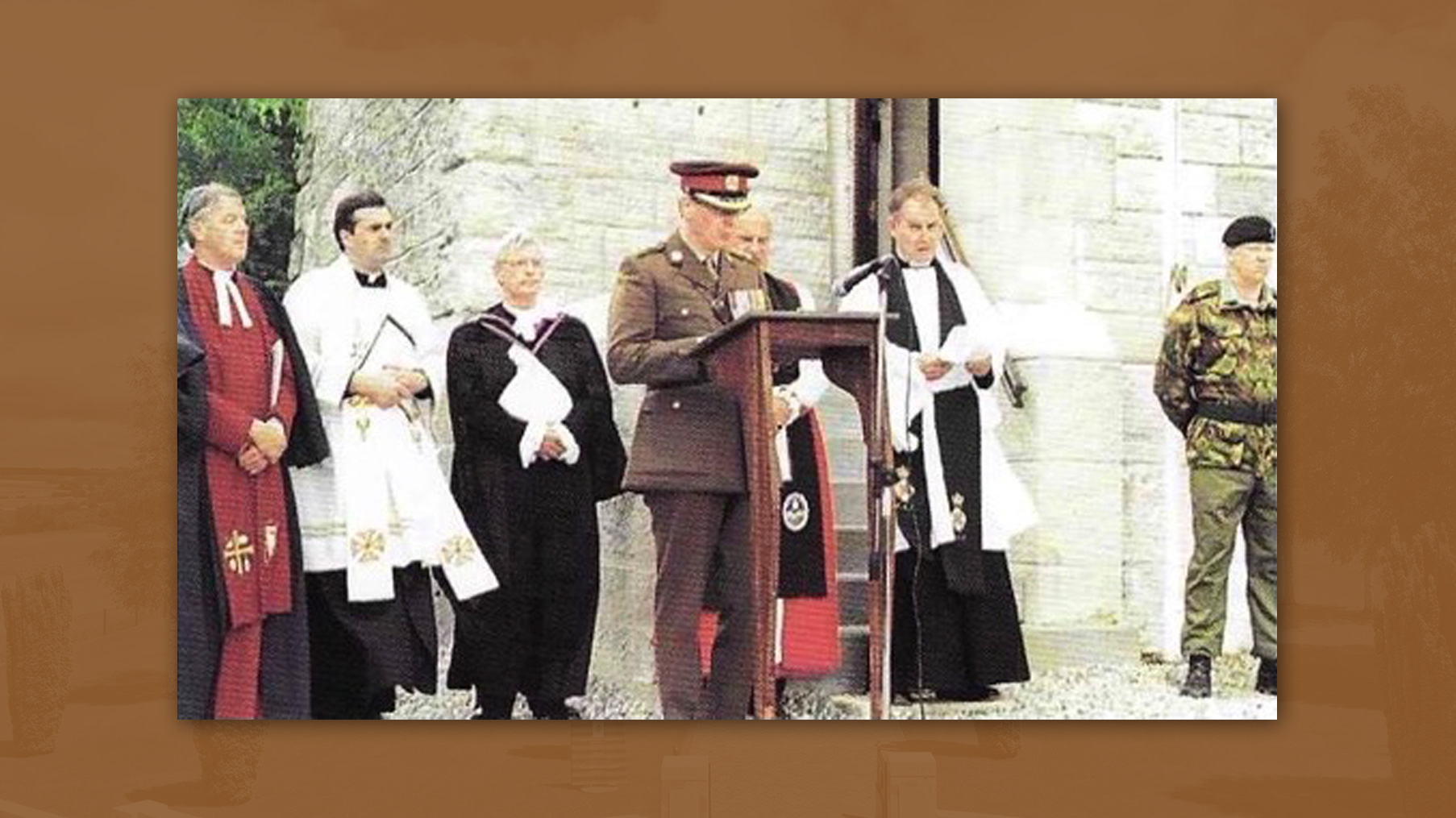 The 80th anniversary Service of Commemoration was conducted by the President of the Methodist Church, Rev. K Best, the Presbyterian Moderator Dr H Allen, the Rev Padraig Murphy representing the Cardinal Archbishop of Armagh and the address was given by Archbishop Lord Eames of Armagh.

HRH The Duke of Gloucester who was representing his mother Princess Alice, spoke about the great loss felt by so many families in Ulster and praised the work of the Somme Association.

Sir Patrick had himself seen service when he served as an officer in the 4th/7th Royal Dragoon Guards.

In this image he can been seen at the ceremony with veterans James Taylor and Harry Currie.