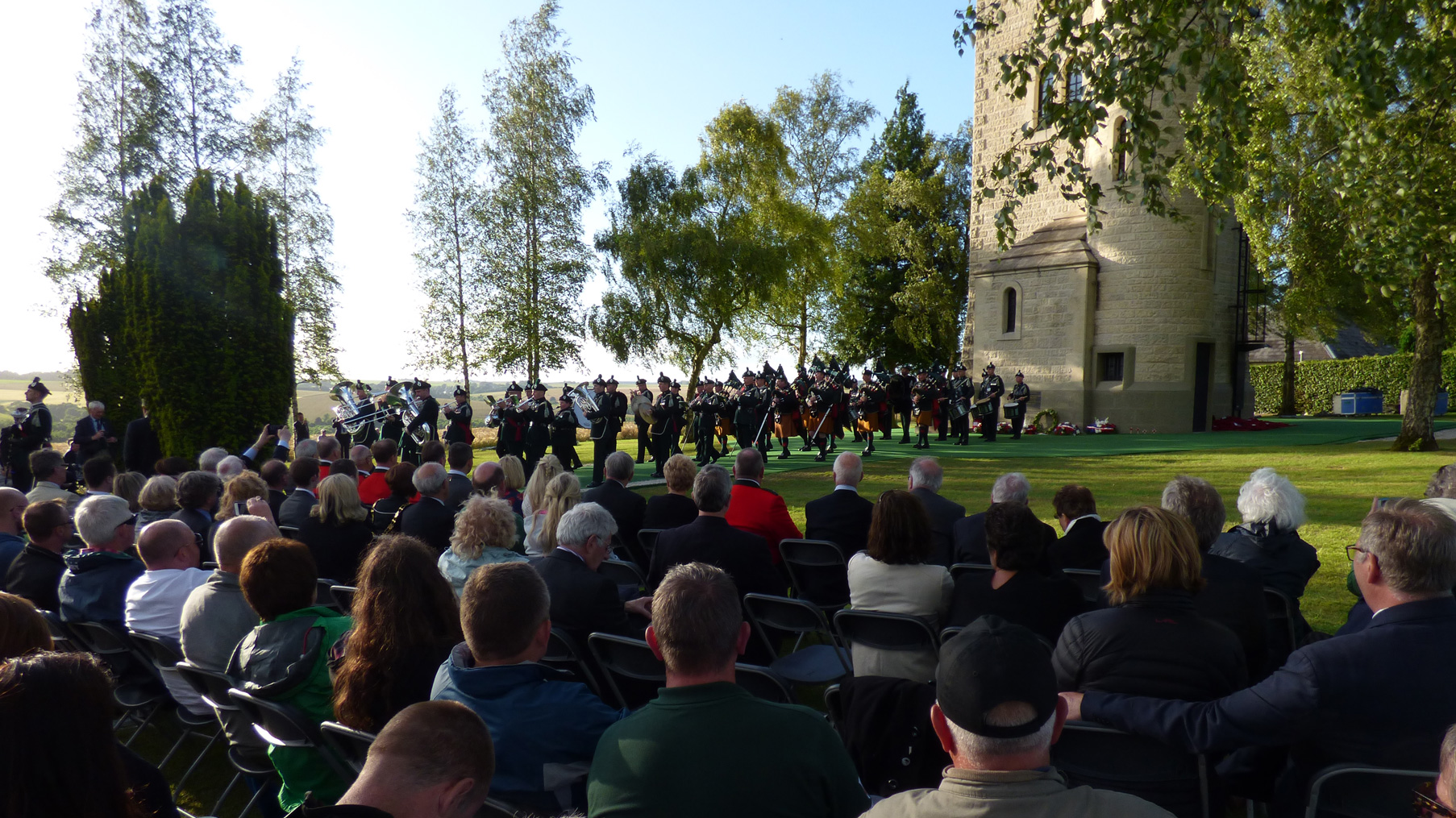 The Beat the Retreat

On the evening of the 2nd July 2016 a ‘Beat the Retreat’ was held in the shadow of the Ulster Tower. This was the first time such an event had taken place in the grounds.

The event was attended by many who had also been at the ceremony on the previous day along with locals from the surrounding villages.

It was an excellent evening and a fitting tribute to end what had been the 100th anniversary commemorations.