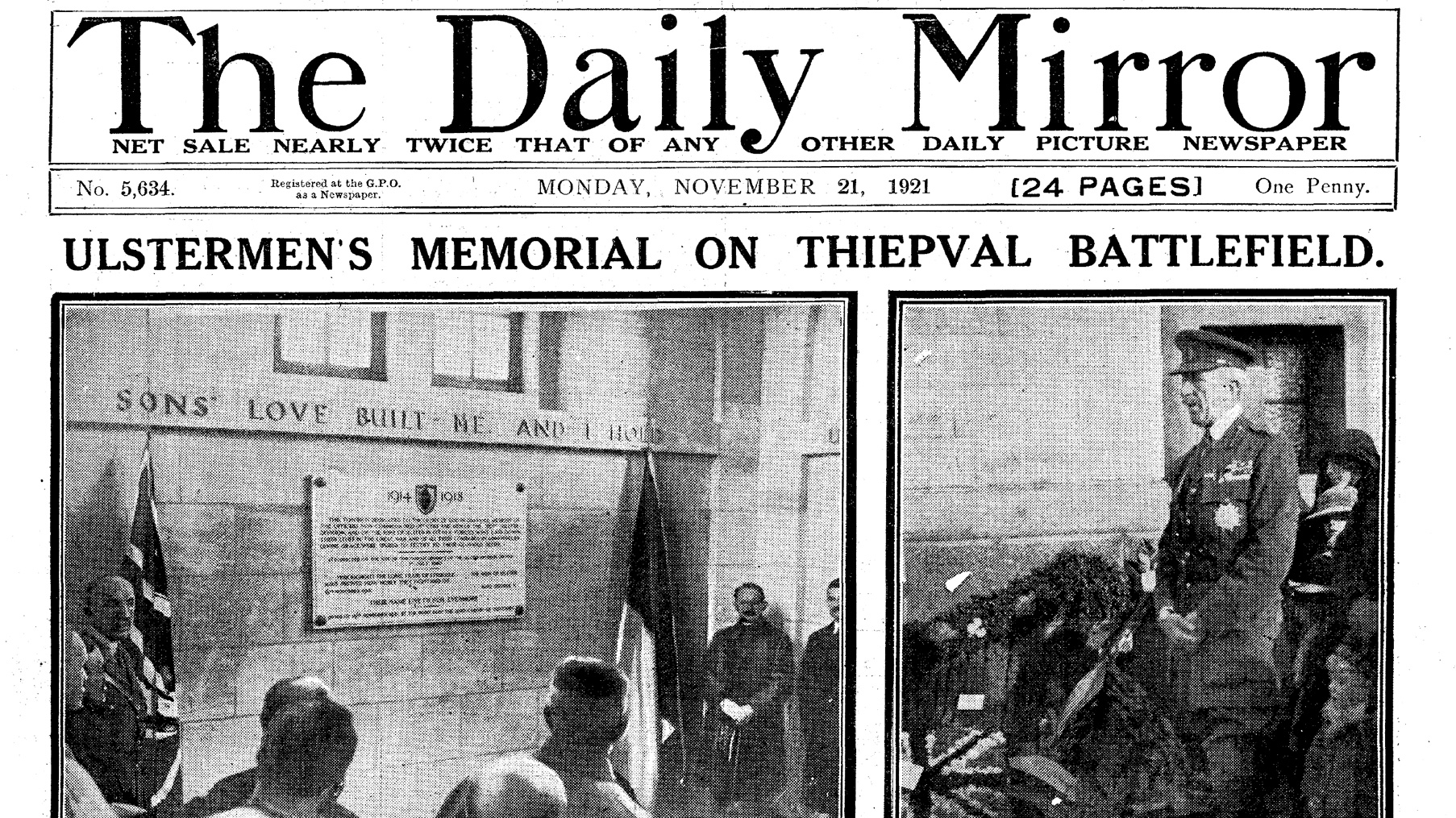 On Monday 21st November 1921 the story of ‘ULSTERMEN’S MEMORIAL ON THIEPVAL BATTLEFIELD’ made the front cover of the Daily Mail.

The story read, “At Thiepval on Saturday, where some of the severest fighting of the war took place a tower to the memory of the Ulster men who fell was dedicated by the Primate of All Ireland, in the absence of Lord Carson.  The memorial chamber within was unveiled by General Weygand.”

General Maxime Weygand was a French military commander in the First World War.  He had served as a staff officer to General Ferdinand Foch, Supreme Allied Commander.