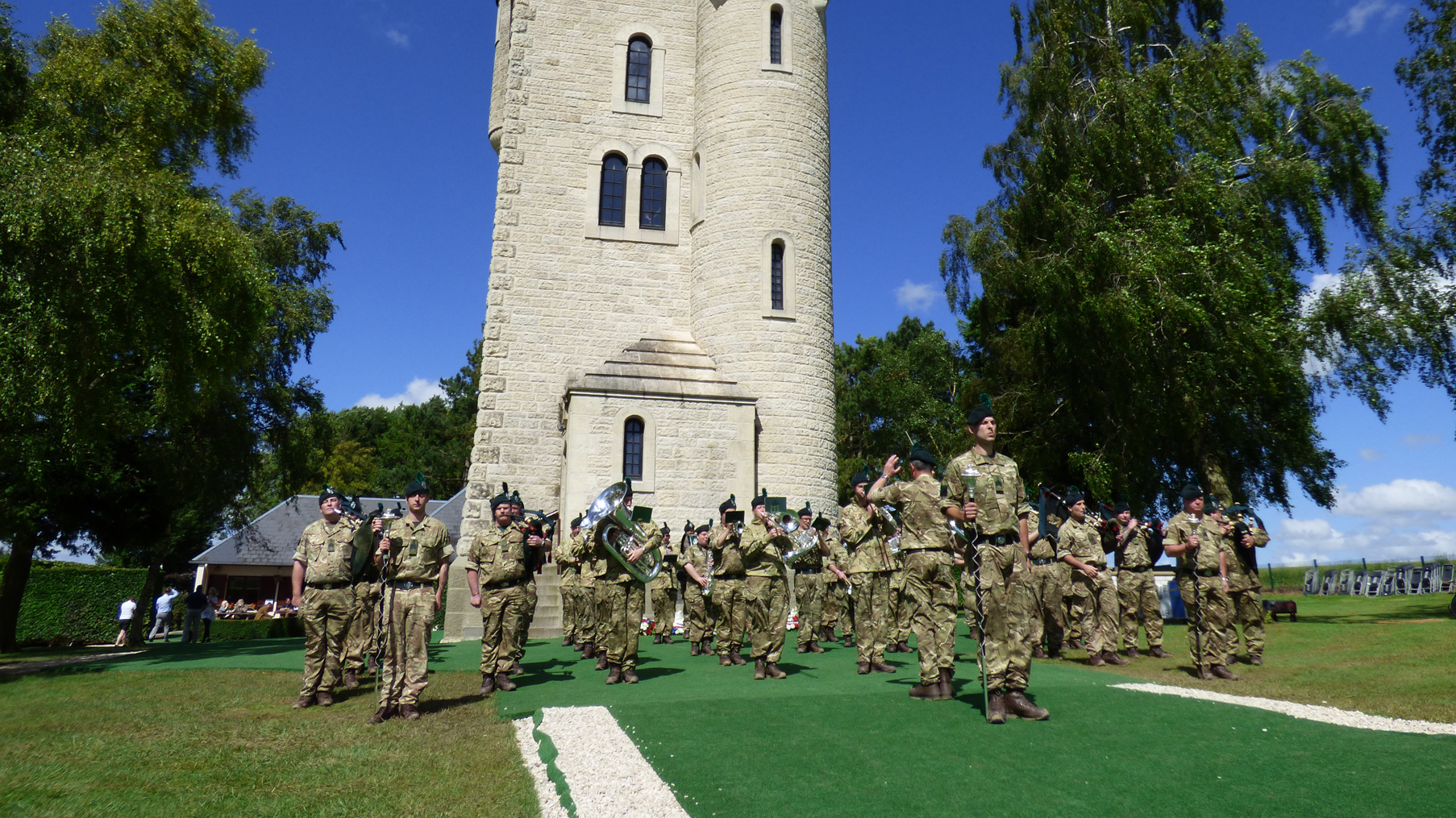 The days running up to the 100th anniversary of The Battle of the Somme in 2016, involved a lot of rehearsal time to ensure we all got it right on the day. The event was going out live on BBC NI so there was no room for error.

This image shows the Band of the Royal Irish Regiments in front of the Ulster Tower doing a run through for the ceremony on the 1st July 2016.