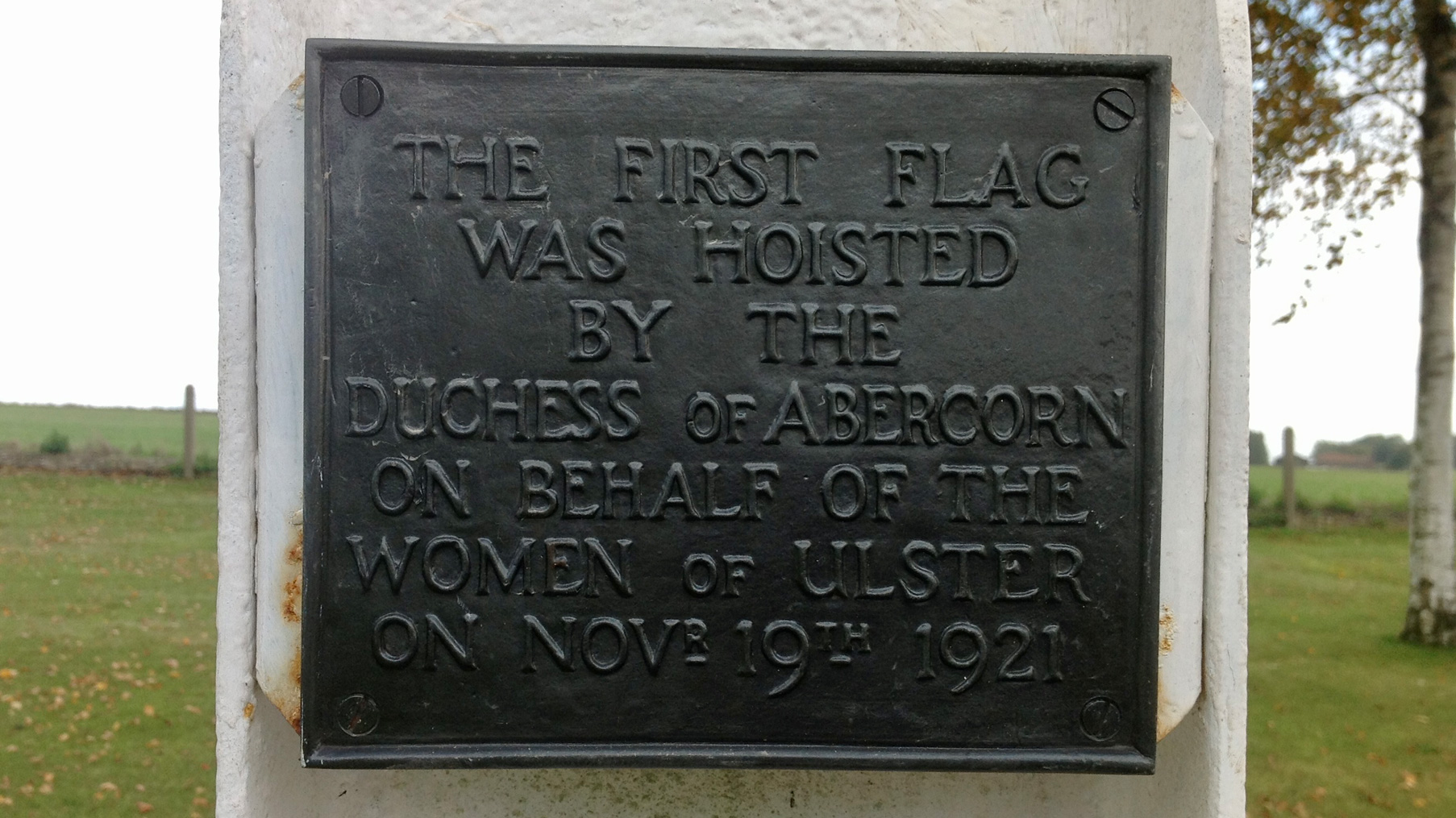 The minute book of the UWUC records that the matter had been discussed in advance of Craig’s request on the 4th October 1921 and the Executive Committee had resolved to set up a ‘Flag Fund’ to purchase not just two flags but any flags required going forward.

Letters were sent to all the UWUC Branch Associations and appeals were made in the local papers with the result that by the end of the month the ladies had raised £24. (Approximately £1206 today)

The committee decided to purchase two flags to start with, from James Tedford & Co Ltd, Donegall Quay, Belfast.  The first measured 10 feet by 5 feet and cost £1 15s and the second measured 8 feet by 4 feet and cost £1 10s.  Being practical the larger flag was to be flown in good weather and the smaller one when the strong winds that are characteristic of the Ulster Tower site were blowing.

A plaque was purchased for the flag pole stating;

THE FIRST FLAG WAS HOISTED BY DUCHESS OF ABERCORN ON BEHALF OF THE WOMEN OF ULSTER ON NOVEMBER 19TH 1921.

Another problem that hadn’t been anticipated was that the Ulster Tower being the tallest building on the ridge was prone to lightning strikes, so the flag and flag pole was removed from the roof onto the lawn.