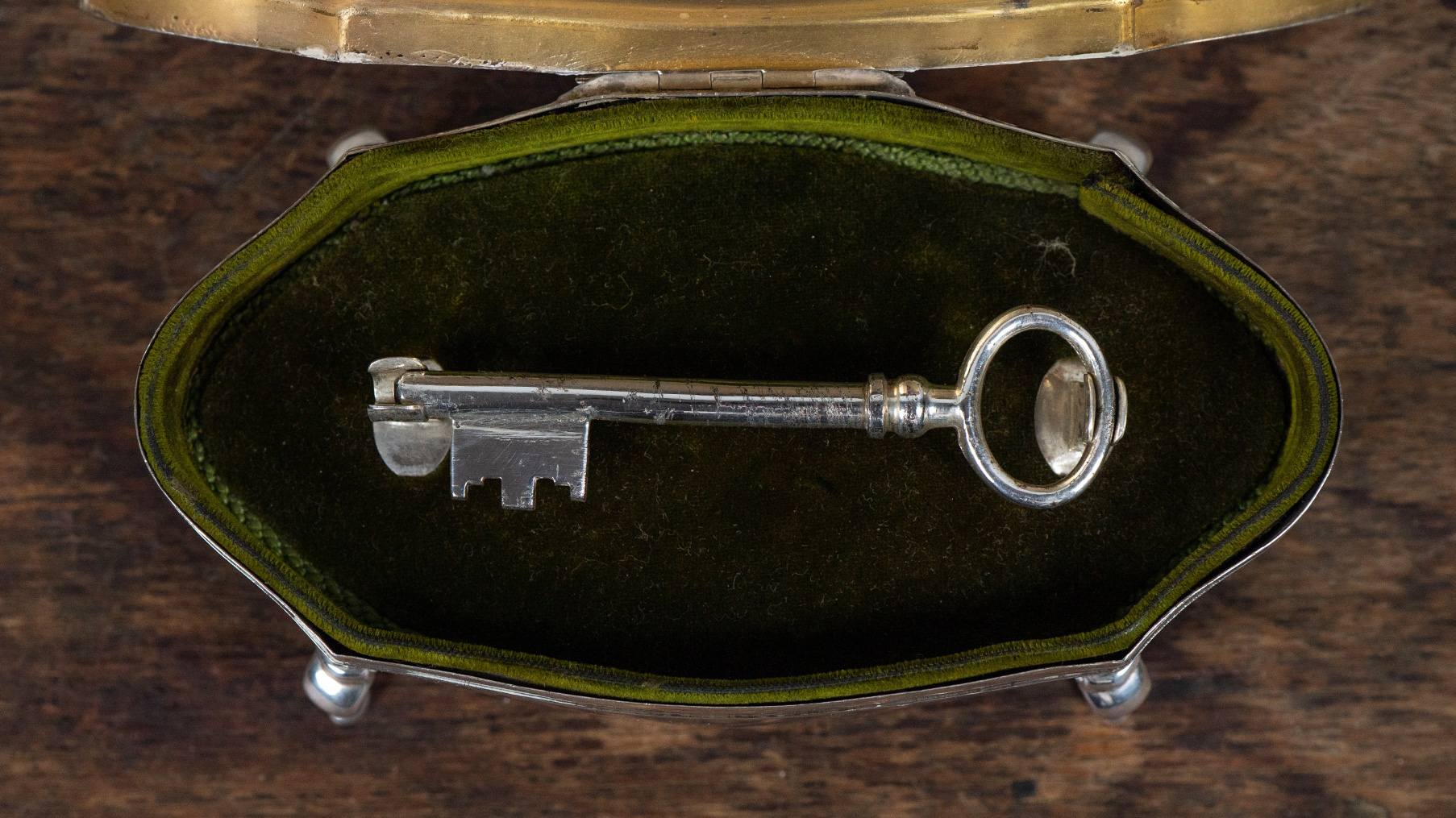 The Key to the Ulster Tower

Field Marshal Sir Henry Wilson, Bart, G.C.B, D.S.O, C.I.G.S was presented with a silver key held within a silver casket to commemorate the opening of the Ulster Tower on the 19th November 1921.

He dedicated the Ulster Tower and then used the key to open the door to the first official memorial on the Western Front. A memorial that is a fitting tribute to the sacrifice made by the sons of Ulster.