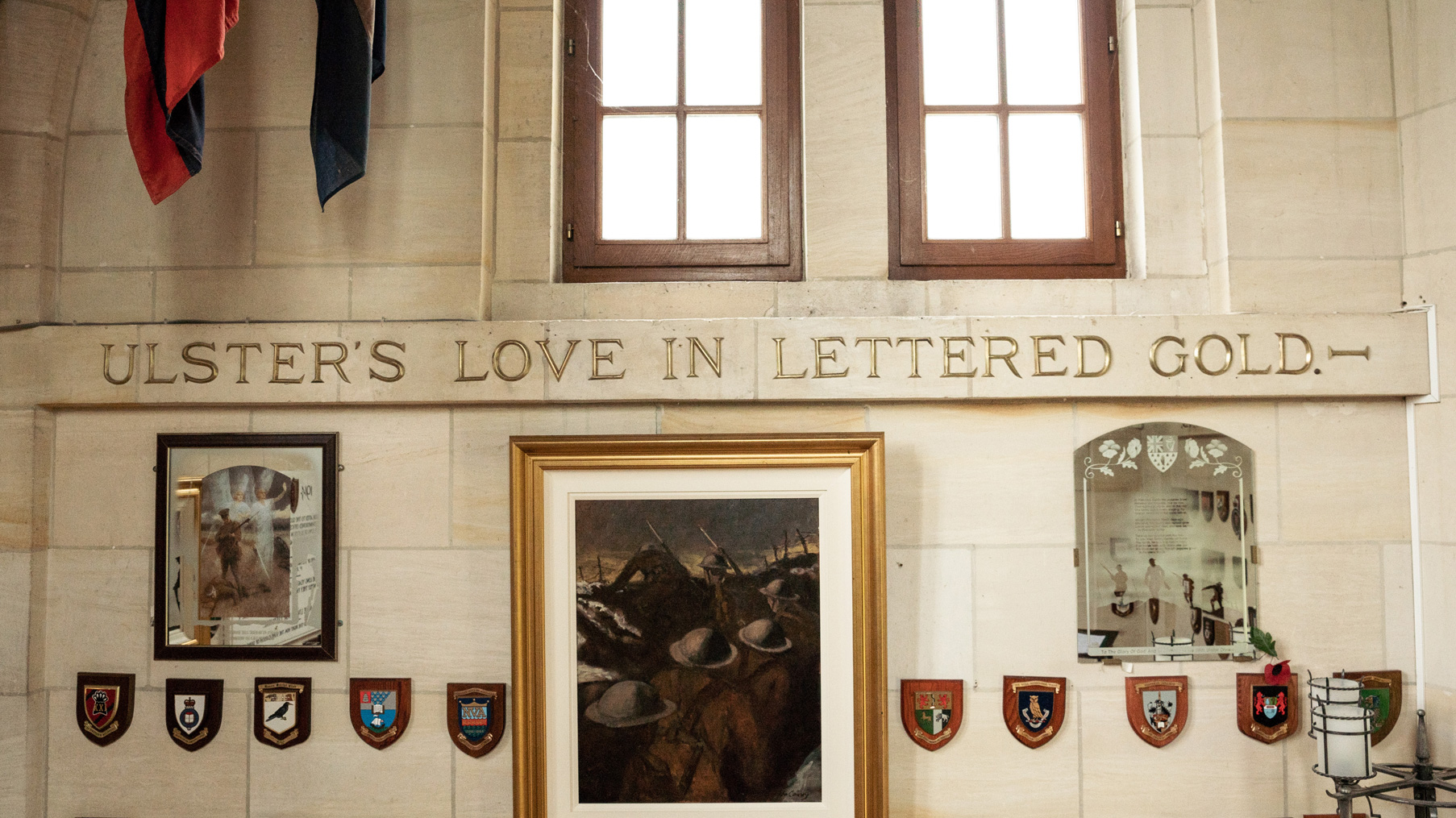 Around the walls inside the Ulster Memorial Tower inscribed in golden letters are the words:

These words are taken from a poem entitled, ‘Helen’s Tower’ and had been written by the poet Alfred Lord Tennyson in 1861 and had been engraved on one of the walls of the original Helen’s Tower at Clandeboye.  Given the circumstances that had led to the construction of the Ulster Memorial Tower at Thiepval, the opening words of the final sentence that had originally began, “mother’s love” was accordingly altered to “Ulster’s love”.

On every wall around the room are plaques and tributes from military groups, Local Authorities and organisations across Northern Ireland, the UK, Ireland, and the Commonwealth.