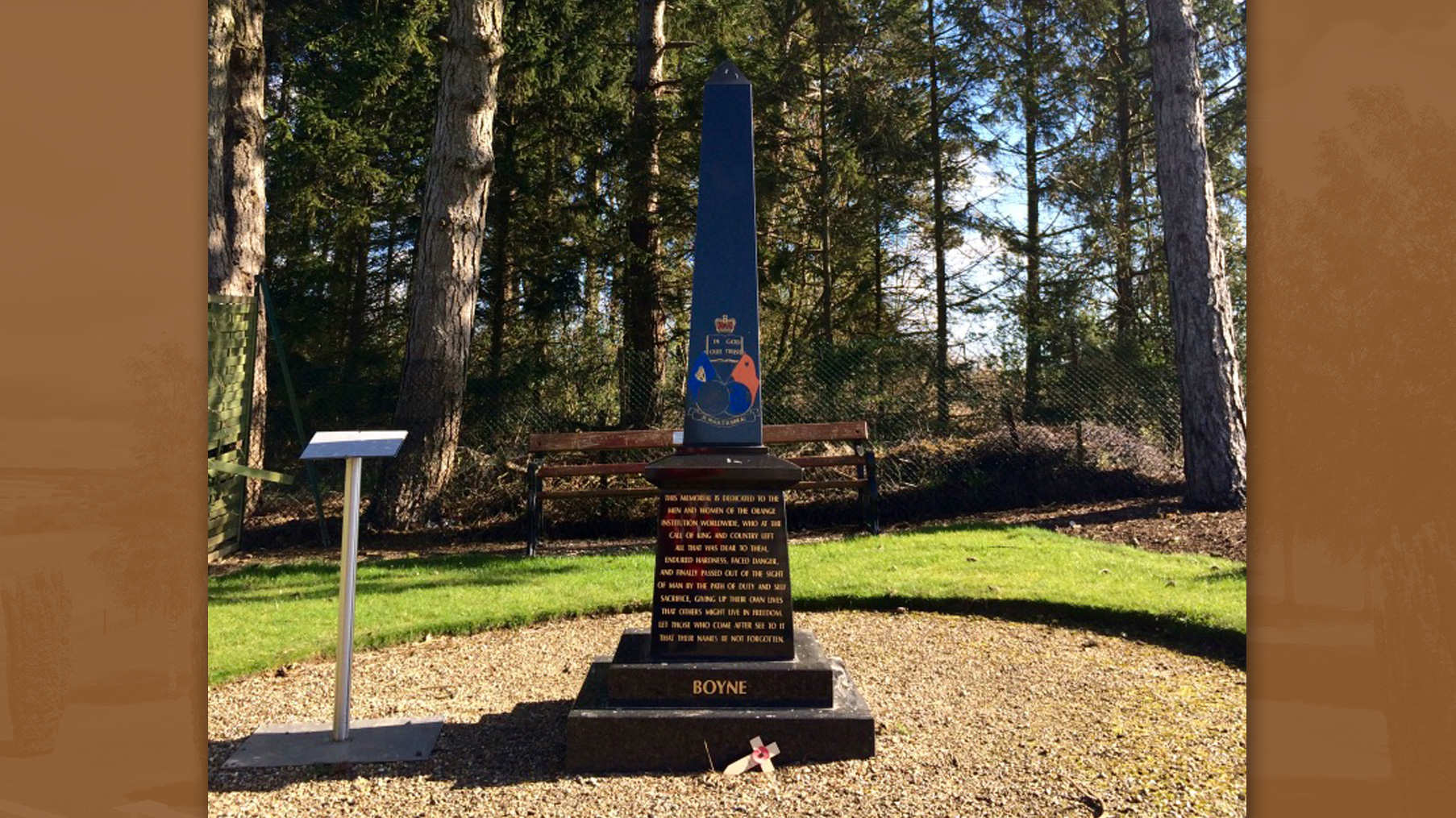 On the Eightieth anniversary of the Battle of the Somme, a new Lodge of Limited Purpose was created by the Grand Orange Lodge of Ireland – Thiepval Memorial LOL No. 1916. This lodge draws its members from across the Global Orange Family.

Thiepval Memorial LOL 1916 maintains this memorial dedicated to the members of the institution. It provides a focus for the Orange family and commemorates those who fought during the 141 days of the Battle of the Somme.

The inscription on the Orange Memorial reads:

“This Memorial is Dedicated to the Men and Women of the Orange Institution Worldwide, who at the call of King and Country, left all that was dear to them, endured hardness, faced danger, and finally passed out of the sight of man by the path of duty and self-sacrifice, giving up their own lives that others might live in Freedom. Let those who come after see to it that their names be not forgotten.”