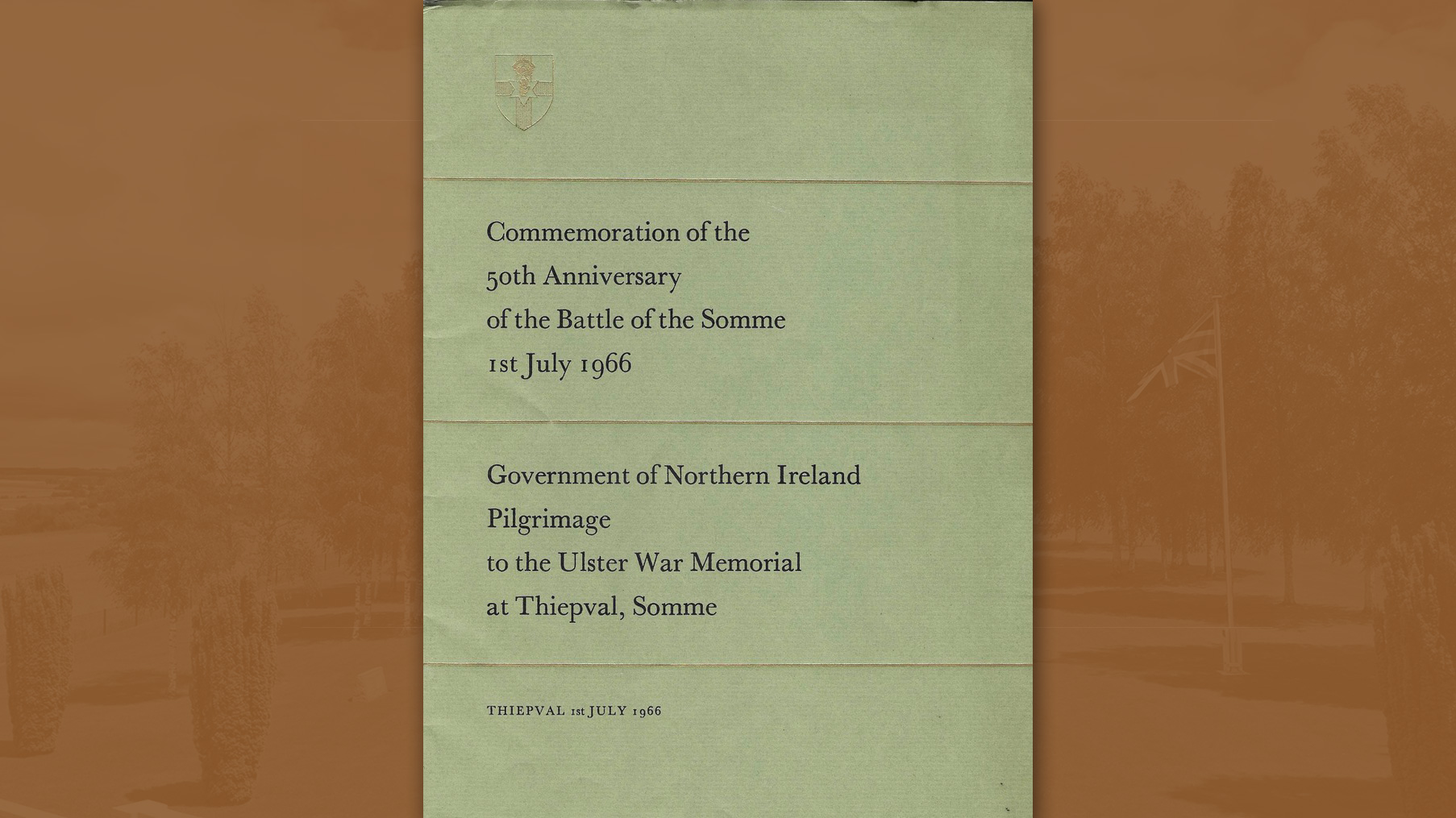 A commemorative programme was produced including the Order of Service for the 50th anniversary.  Like the invitation it read:

The Government of Northern Ireland Pilgrimage to the Ulster War Memorial at Thiepval, Somme.

The production of the commemorative booklet and the organisation of the trip had caused staff at the Ministry of Finance a few headaches.

On the 26th January 1966 it is recorded, Dickie wrote to Mullan,

‘the more I talk, the more I become aware in my mind of the many problems in front of us.  Indeed I woke up in the middle of the night getting my old gentlemen on and off buses in Amiens!’