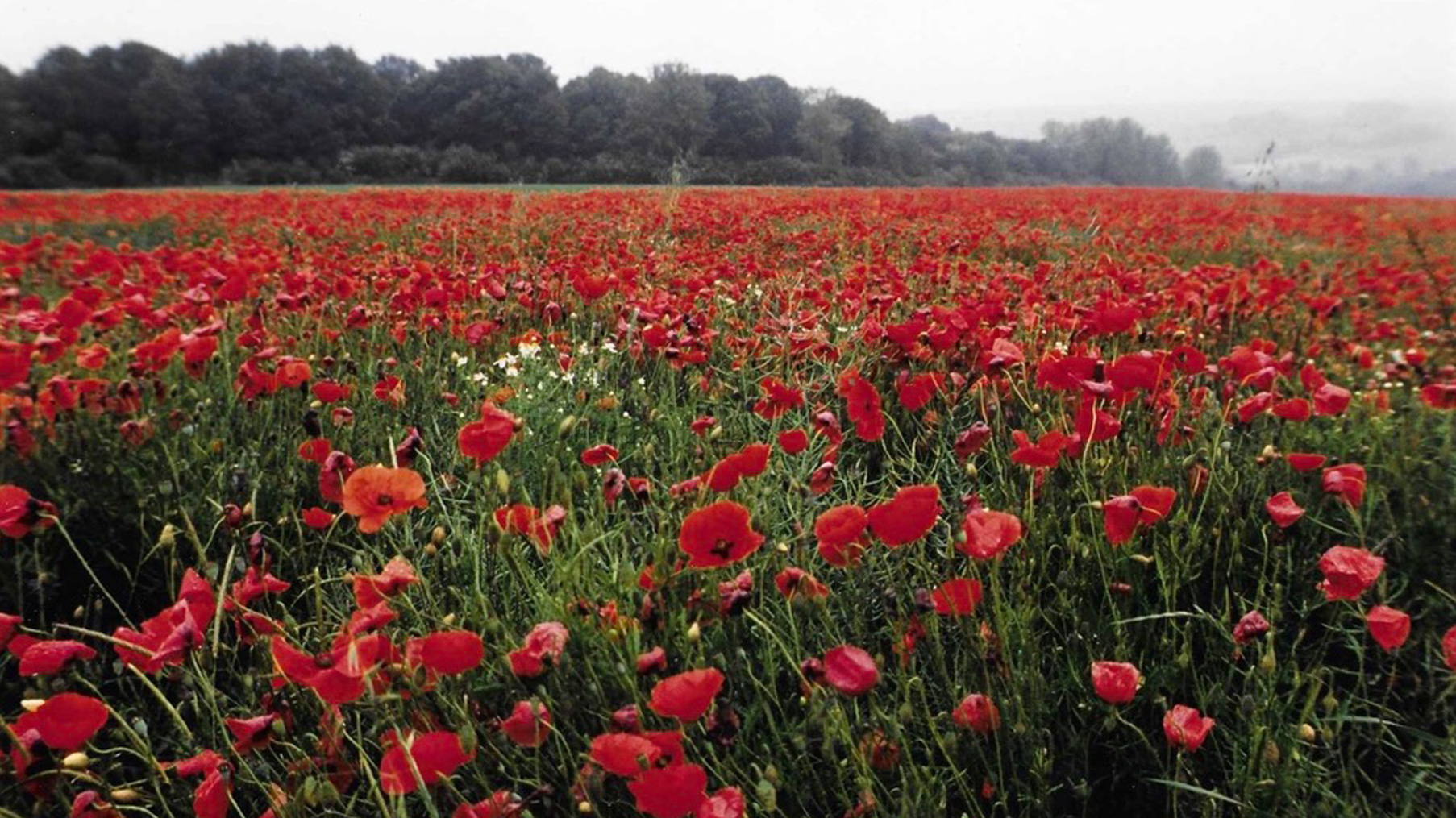 This colourful image shows the field in between Thiepval Wood and the Ulster Tower full of poppies. The poppies start to flower around May and can last until October.