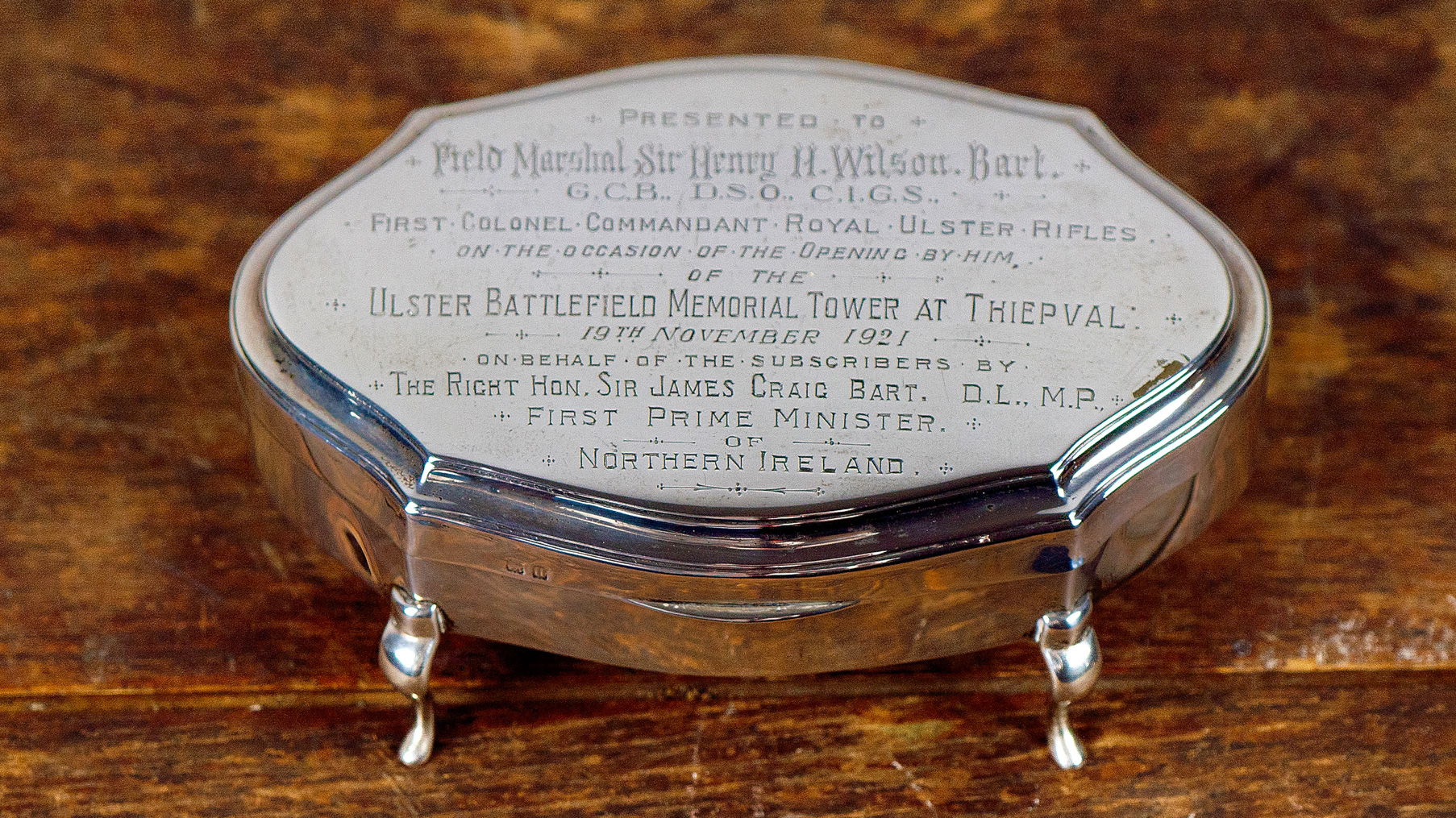 The programme for the Dedication of the Ulster Tower had been planned in advance and stated that, the Prime Minister of Northern Ireland, Sir James Craig would receive the visitors on behalf of the Memorial Committee and then ask Field Marshal Sir Henry Wilson, Bart, G.C.B, D.S.O, C.I.G.S to unlock the Memorial Tower.  Craig was to hand Sir Henry a silver casket containing the key.

Since Craig had taken ill with acute influenza and his doctor had informed him, that he could not travel, the programme had to be changed at the last moment but it was too late to change the already printed Order of Service.

The silver presentation casket had already been made and says: