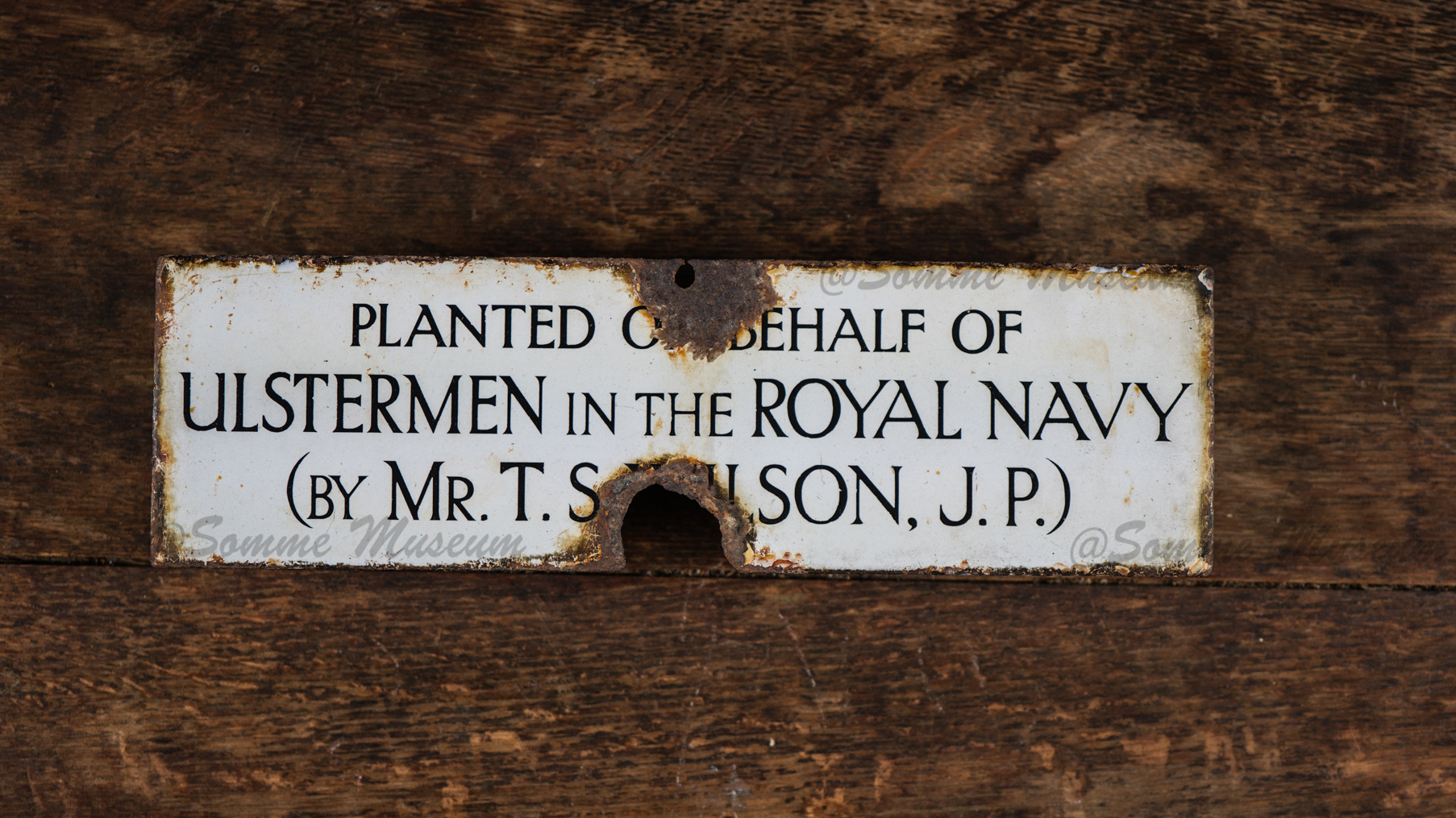 On the 19th November 1921 a total of 46 trees were planted as part of the dedication ceremony at the Ulster Tower. Each tree had a metal plaque at the base that recorded the details of who planted the tree and on whose behalf.

Unfortunately, the original trees died and replanting took place on a number of occasions and each time less trees lined the avenue.  The plaques started to deteriorate and were removed after the Second World War.  They lay in the basement of the memorial for a number of years and were thrown away overtime.

Years later a number of them were rediscovered, one is on display in the Somme Museum and others in the museum in Albert, France.

PLANTED ON BEHALF OF ULSTERMEN IN THE ROYAL NAVY

Mr Thomas Salters Wilson later Sir Thomas, was born in 1863 and died in November 1930. He was the first Mayor of Bangor and the first Freeman of the Borough following it being created as a Borough in 1927.

He started work as a message boy around Belfast docks for Messrs Tedfords, ship-owners and chandlers. This brought him into contact with the maritime life of the booming city of Belfast. He established his career in the shipping industry.

Thomas was actively involved in politics and a member of the Ulster Unionist Council, honorary secretary of the North Down Unionist Association and Chairman of the Bangor Branch. In 1921 such was the esteem in which he was held that he was approached to stand when the North Down Parliamentary division was rendered vacant. Mr Wilson, was proposed as the new member at a meeting of the Unionist delegates but he declined and suggested they should select Field-Marshal Sir Henry Wilson, who was afterwards returned unopposed and held the seat until his assassination by the IRA in 1922.

Mr Thomas Salters Wilson was present at the Dedication and Opening of the Ulster Memorial Tower on the 19th November 1921.