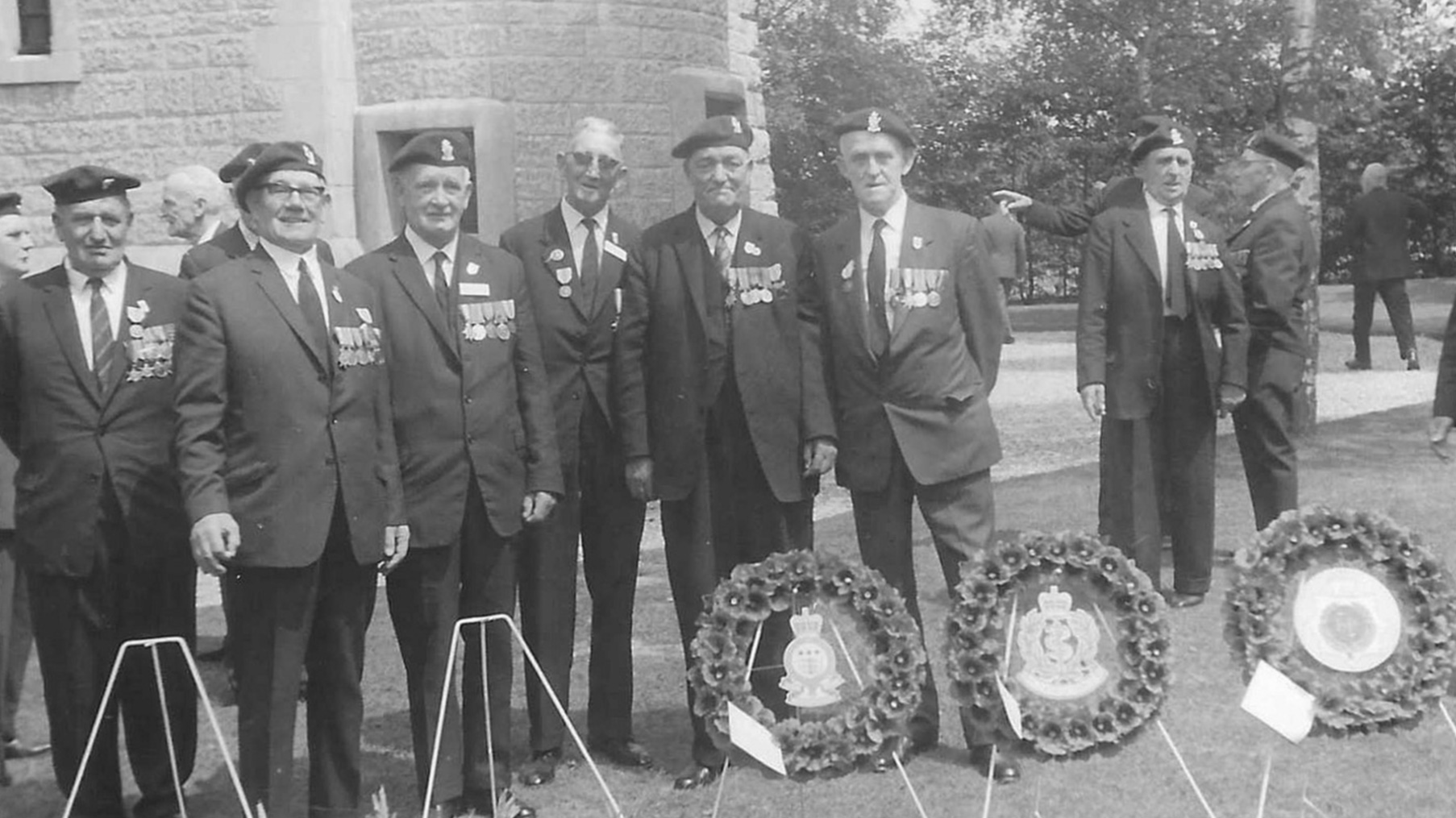 We Will Remember Them

This photograph taken after the service on the 1st July 1966 shows a group of Riflemen standing beside the Ulster Tower with chests full of medals.  Not just their First World War medals but many had survived the ‘war to end all wars’ and found themselves living through it all again in the Second World War.

They went with songs to the battle, they were young,
Straight of limb, true of eye, steady and aglow.
They were staunch to the end against odds uncounted;
They fell with their faces to the foe.

They shall grow not old, as we that are left grow old:
Age shall not weary them, nor the years condemn.
At the going down of the sun and in the morning
We will remember them.