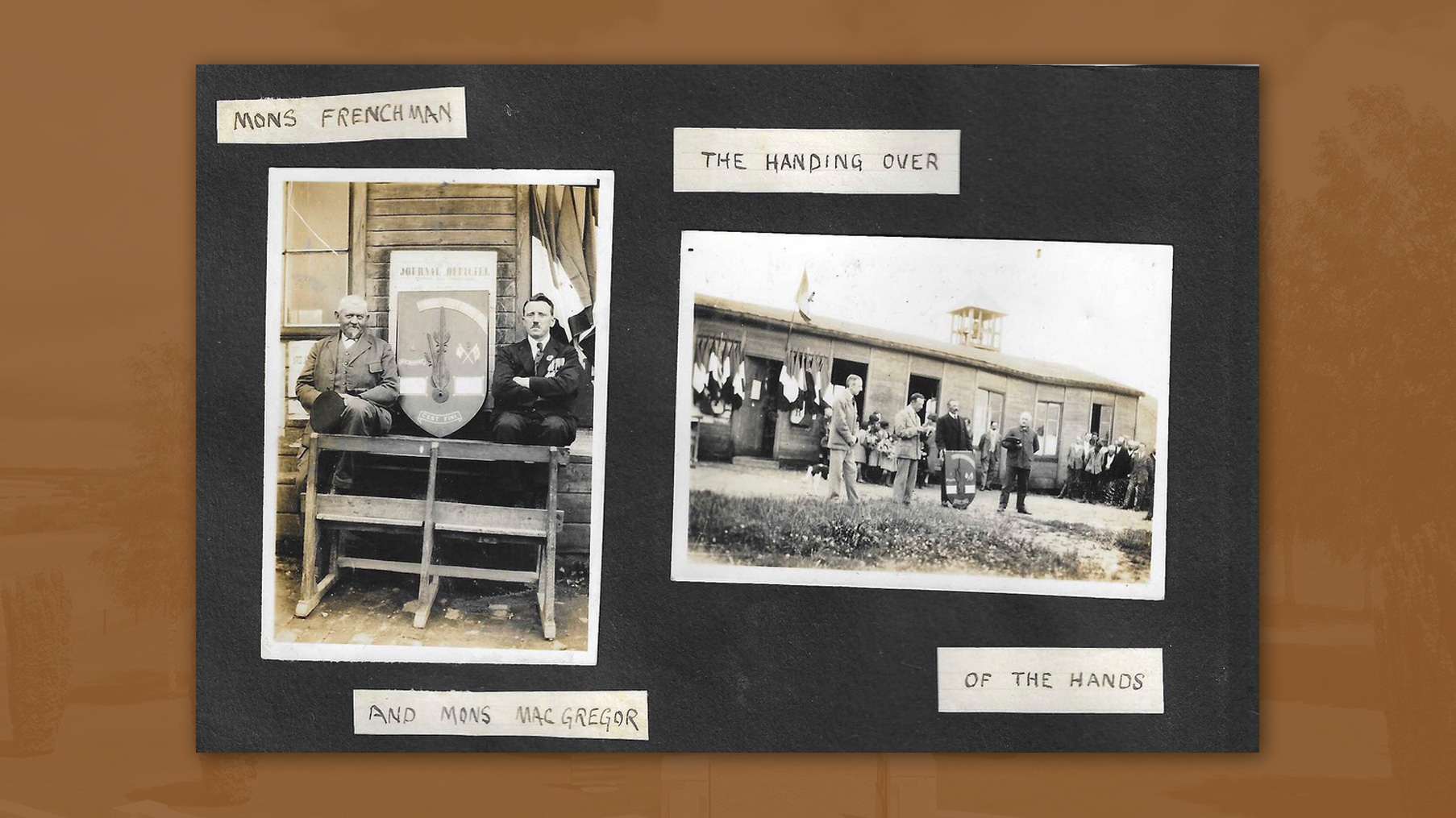 This image is taken from a photograph album entitled YCV Battlefield Tour through Belgium and France – 8th to 17th July 1927.  On this trip the party returned the hands of the clock taken from the church tower at Mesnil while the Battalion held that village.

Mesnil, a small commune on the Somme was on the 36th (Ulster) Division’s sector on the 1st July 1916.  The 14th Battalion of the Royal Irish Rifles (YCV) had been in the village when an officer became suspicious of the movements of the hands on the face of the clock which was on the church tower.  They were moving at unusual intervals and appeared to be signalling to the enemy. The hands were removed but it isn’t recorded what happened to the person doing the signalling.

Major Mulholland later after the war had the hands of the clock mounted on a large wooden shield, with the Royal Irish Rifles insignia, the words ‘C’est Fini’ (it’s finished) and the crossed flags of France and the United Kingdom. These were handed over to the mayor who gave the party a very cordial reception.’

At the ceremony Major Mulholland returned the hands to the Mayor of Mesnil and in his speech he said, “the majority of us lived and fought around here for many months, and while we can recall hours of fun and laughter, while resting in the surrounding villages, there is ever present with us the memory of many of our comrades who lie buried in the military cemeteries close to Mesnil.’